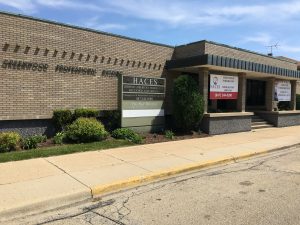 The nonprofit Hispanic American Community Education and Services agency is preparing for the eventual migration of asylum seekers into Lake County.

The touchstone prospect of asylum seekers entering the United States legally from the Tijuana Port of Entry to Lake County, has led one nonprofit agency to begin preparations for the population’s eventual arrival. Although the number of individuals reaching the county is unknown, The Hispanic American Community Education and Services agency has been monitoring the developments.

Further, immigration laws that have proved troublesome were compounded by rhetoric from the Trump Administration, including the announcement of an executive order rescinding the 14th Amendment to the U.S. Constitution. The resultant implication to the Deferred Action for Childhood Arrivals program also continues unsettled. A Nov. 7 federal appeals court decision upheld a California judge’s injunction that prevents the program’s demise, based on a September 2017 order.

“These are still unknown areas, and we are focusing on all the right opportunities for people that request asylum,” said Maria-Elena Jonas, CEO and founder of HACES. “They are congregated at the border, and we need to be ready for people ending up in Lake County and nearby, with permits and getting started on the paperwork for benefits that will complete the process.”

Approximately 5,000 Central American migrants remain camped in Tijuana, Mexico after being halted at the port of entry from entering the United States. The processing backlog had erupted into violence Nov. 25, as fences were charged and armed confrontations took place. The system of “metering” was reintroduced, where migrants are allowed into the U.S. only if there is room in stateside facilities has added to the waiting period.

“People will be coming in … if they merit eligible, credible asylum,” said Jonas. “They get an admission stamp, and get an order to appear before a judge. We assist with these individuals to prepare them for this interview, and then, the next steps in the system. People have to follow, step by step, to be admitted legally with a green card and obtain legal residency.

“There is a five-year wait to apply for citizenship,” she said. “It’s another long journey, similar in coming to the border.”

A parallel issue is the DACA program, created by an executive order by then-President Barack Obama in 2012, emerging as compromise legislation to the defeated Development, Relief, and Education for Alien Minorities Act.

DACA offered protection for children brought into the country illegally by their parents, who themselves were undocumented aliens. Guidelines state that children cannot have entered the country after their 16th birthday, past the date of June 16, 2007, and not be older than 30 years of age.

Last October, the subject of birthright citizenship was broached by President Donald Trump in announcing an executive order to rescind the 14th Amendment to the U.S. Constitution. The announcement sought to close off a citizenship avenue to children born in the U.S., of illegal immigrants.

“Under the United States Constitution, it is only Congress that can decide citizenship, and Trump’s proposal relies on faulty logic,” said Matthew Stanton, an adjunct professor of Constitutional law, at the Chicago Kent School of Law. “The 14th Amendment was added to ensure the rights of citizenship for newly freed slaves, and those children born on U.S. soil, who are not citizens of any other country. The language states this … in other words, if those children born here, who are not citizens of any other country.

“The proposal aims to take the immigration status of the parent, and impute it to the child. The Constitution does not allow him to change the 14th Amendment, but that does not mean (that) we should not be concerned,” he said. “It would be left to the Supreme Court on deciding the order’s constitutionality. Recall the Muslim ban that candidate Trump proposed, and once in office, ultimately prevailed in the Supreme Court.

Jonas hopes the rhetoric can be overcome, while preparing for an eventuality. “The Nov. 6 election results brought more of an opportunity for advocates to oppose such harsh threats. Also, a Democrat majority in the legislature … maybe some input in our favor. Local, state, national, we are all connected,” she said. “We have to be prepared for what’s coming … good advice, even out of context.”

HACES is a nonprofit agency, working toward supplying social services and guidance in meeting the needs of Lake County’s diverse immigrant community. Located at 820 W. Greenwood Ave. in Waukegan, its mission focuses solely on citizenship, assistance, and programs to ease the transitions of naturalization.