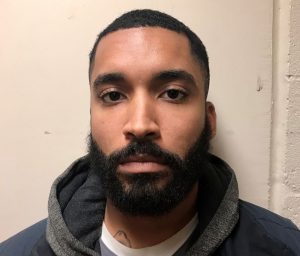 A former Gages Lake paraprofessional is facing charges of reckless conduct after allegations surfaced that he used excessive force on students.

Nicholas Izquierdo, 30, of Waukegan, a former Special Education District of Lake County paraprofessional, faces six class A misdemeanor charges of reckless conduct. The charges against Izquierdo, a resident of the 2900 block of West Glen Flora Avenue, allege that he caused minor injuries to four students while working at Gages Lake School, a SEDOL facility.

An investigation revealed that Izquierdo did not use proper techniques and acted recklessly on six separate occasions that led to children receiving minor injuries, law enforcement officials said. In several cases, Izquierdo grabbed a child by the leg and pulled, causing the child to fall to the ground, investigators said. In other instances, Izquierdo pushed or pulled a child, causing the child to fall or hit a wall, they said. Izquierdo also grabbed a child by the arm and twisted it, authorities said.

During the course of the investigation, several more incidents were identified through a review of video surveillance at the facility. Additional parents also came forward alleging their children were handled excessively by Izquierdo, sheriff’s detectives said.

All children involved in the incidents were interviewed at the Lake County Children’s Advocacy Center and hours of video surveillance were reviewed by Lake County Sheriff’s detectives and the State Attorney’s Office. Interviews were conducted with numerous SEDOL employees; and subpoenas were issued for school and employment records of the staff involved in the incidents.

Following a review of the facts and evidence, the State’s Attorney’s Office approved charges against Izquierdo.

“Teachers and school paraprofessionals have a career which is rewarding and at times challenging. While I understand it may be stressful when interacting with children who are physically acting out, there is a line which may never be crossed – adults, particularly adults who’ve received training on the proper way to restrain a child in these situations, cannot use excessive force,” Lake County Sheriff John Idleburg said. “We appreciate the cooperation and collaboration with the Lake County State’s Attorney’s Office, SEDOL, and DCFS throughout this investigation. We wish nothing but the very best for the victims in this case and their families.

“I understand educators in this type of environment have a very difficult job to do, but this specific individual went too far,” said Lake County State’s Attorney Michael Nerheim. “I applaud all the investigators from the different agencies involved for doing a very thorough job in this extremely difficult case.”

Izquierdo was arrested by the Lake County Sheriff’s Office Warrants Team on Friday afternoon at a business in Vernon Hills. A $50,000 arrest warrant had been issued for Izquierdo.

SEDOL describes Gages Lake as a public elementary therapeutic day school for early childhood through sixth-grade students who have significant emotional and behavioral needs. The focus of the program is to provide therapeutic interventions to help students manage their social emotional needs while developing their academic skills.

Students attending the school routinely suffer from emotional outbursts, which can lead to students becoming combative with teachers. Staff members are trained to use approved de-escalation strategies up to and including a “physical restraint” hold when necessary to protect themselves and the students. The hold is designed to keep the student secure until the emotional outburst subsides.