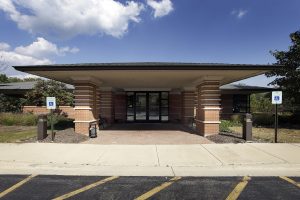 By the end of the year, it is expected that the Lakes Region Sanitary District Board of Trustees will be dissolved, and the district will follow suit later, through an intergovernmental agreement that will place it under the control of the Lake County Board.

As of last Jan. 1, LRSD personnel became county employees, and through the course of the coming months, the district’s holdings will be assimilated by the Lake County Public Works Department.

The impending agreement was announced in a March 25 press release, as a consolidation move for sanitary sewer services and an eye toward the eventual elimination of a separate district tax levy for its customer base largely in unincorporated county areas and pockets of municipal jurisdictions in Lake Villa, Round Lake, Round Lake Beach, Volo, and Fox Lake. The district’s funding arm comes “from a combination of property taxes (on 11,000 properties), connection and permit fees, and user charges.”

In the release, Lake County Board Chair Sandy Hart said, “This is a great example of how we are working with our partners to consolidate where it makes sense so that we can deliver the most efficient services and reduce costs for Lake County families, businesses and taxpayers. The consolidation is estimated to save taxpayers in this district approximately $1.25 million annually, once fully implemented.”

It also said, “Operational and maintenance services are anticipated to be ready by May 1, 2019, and customer service will transition over to Lake County Public Works by June 3, 2019, pending mutual agreement by both boards. Final closeout of the district will take a few years and will be completed once the full debt service is paid.”

In discussing the merger process, Lake County Public Works Director Rodney Worden noted the savings for customers will occur when the district has completed its financial obligations. “The user fees will be the same, what changes is after the district pays off its loans and property taxes … that’s when the savings will start. The agreement isn’t finalized yet, at this point.

The district headquarters is located at 25700 Old Grand Ave. in Ingleside, and considered a saleable asset. The district itself, established in 1972, may take several years before a formal dissolution is effectuated.

“Eventually, the LRSD will be dissolved once they resolve their debt, and the building will be sold to satisfy a portion that debt. The transition will be fairly seamless, and there are lots of details to make the merger successful. Once it’s completed, customers can expect the same high level of service that they’ve become accustomed to,” said Worden.

The district has not been without controversy, as Hunter was named to the post, following the May 30, 2017 resignation of Kurt Stimpson over the dismissal of a civil lawsuit. The litigation involved the district against the Village of Fox Lake, and Lake County, and sought to recover $2.2 million that Fox Lake had allegedly taken from a regional fund for maintenance and operation of the Northwest Regional Water Treatment Facility.

The allegations stated the funds were misappropriated and used to bolster line items in the village’s budget. Lake County Circuit Court Judge Mitchell Hoffman had dismissed the case May 18, that year, with prejudice. He cited that the particular of unjust enrichment by the village could not be substantiated, and that a settlement agreement and “dispute resolution” with the county was “reasonably exercised and concluded.”

A mediation settlement on village-charged fees was addressed by Lake County and the Village of Fox Lake in a January 2017 joint statement, earlier that February. “During an accounting review, the county questioned approximately $1.2 million of funds charged as an indirect cost, from the Northwest Regional Fund to the Village’s General Fund, from 2011-15.” An audit had uncovered no improprieties other than police and fire services charged to the fund.

The period questioned was 2011-15, during the mayoral administration of Ed Bender, and noted the village used an indirect cost methodology, allowed by the state of Illinois, to assess a flat 10 percent fee, as opposed to actual costs. Fox Lake received credit for $400,000 in potential assessment costs, and a 10-year period to repay $840,000.

Fox Lake had an agreement in place to treat effluent water conveyed through county-owned interceptors to the facility and gathered monies from the Northwest Regional Fund as compensation for the facility’s management. Communities within the sanitary district’s jurisdiction contributed to the fund, which was overseen by the county.

Requests for comment from Hunter about the LRSD intergovernmental agreement were not returned.

“Around Dec. 1, this year, customers will notice their bills coming from the county, instead of LRSD,” said Worden. “This transition will be a phased-in process.”