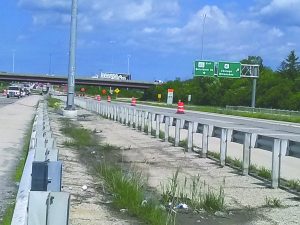 A confirmation has been obtained that the Milwaukee-based Potawatami Hotel and Casino group is looking to own and operate in Waukegan, and submitted an application to eventually be considered by the municipality’s city council. Waukegan was specifically included as a potential casino site in a gambling expansion bill signed by Gov. J.B. Pritzker, two months ago. The company also issued a news release indicating its intent without specifics regarding the scale and type of gaming for the venture.

Operators were initially given a 30-day window ending Aug. 5, to submit proposals for a casino development. The Potawatomi group already operates a complex in Milwaukee along I-894, built more than 30 years ago, and giving added footing to its eight-decades-old re-emergence in the area. Waukegan officials have identified six different sites for a casino endeavor, although a 32-acre parcel under their ownership, near routes 43 and 120, is believed to be the prime target.

“At this time, we are in the process of reviewing the proposals and will make a determination within the next two to three weeks … on who is the best fit,” said Cunningham. “We want the developer-operator to tell us the best location for such a site in Waukegan. There are the school districts to consider. If the site is downtown, that is our (Waukegan’s) public schools. If outside … it’s another district. The selection and final assessment is a process.”

In an Aug. 5 statement, the CEO and general manager of the Potawatomi Hotel & Casino, Rodney Ferguson, said the group had not outlined all the details although the request for proposals wanted “up to 2,000 slot machines, plus table games, and other amenities.” He also said, “The city of Waukegan is in search of a qualified developer to bring a first-class entertainment experience with their new casino.

“Having successfully operated in the gaming market for several decades, (we are) a natural fit to develop this project and create the entertainment destination that Waukegan is seeking.”

The proposal would come as a follow-up to expand beyond its reservation land perimeters. In 2015, it sought to build a Hard Rock Café and Casino in Kenosha but the plan was stopped by then-Wisconsin Gov. Scott Walker.

Pritzker’s signing of legislation to expand gambling within the state is seen as an engine for economically depressed areas, along with providing needed revenue for state coffers. Other sites included in the legislation are Williamson County, Danville, Rockford, Chicago, and an unnamed south suburb in Cook County. The latter two sites are a subject of debate and ongoing internal negotiations regarding their actual placement.

The Aug. 5 statement also explained that “Waukegan is one of the oldest communities in Illinois” and “Potawatami is part of that long history … living and conducting commerce when the French and early settlers came to the Waukegan area. It was first named Little Fort (in deference to the larger Fort Dearborn, both on the Lake Michigan shoreline), then changed to Waukegan, the Potawatami word for ‘trading post.’”

Waukegan’s previous casino attempt came in 2008, when bidding opened for the state’s 10th and final gaming license, and failed in part due to the disclosed involvement of William Cellini with its financial consortium. Cellini, a heavy Springfield Republican donor and lobbyist, was convicted in 2011 as part of a conspiracy plot to extort money from a Hollywood producer. He was sentenced the following year, receiving a one-year prison term.

The license was awarded to the city of Des Plaines, and the resulting Rivers Casino was opened near I-90 and O’Hare Airport.

Cunningham has said he is relying on the city’s corporation counsel, Robert Long, to guide item through the entire process “and not get blindsided and the process derailed, as with the prior initiative.”

Long said, “It’s my job to vet all of the applications, and we are in the process of doing that now. We have six proposals, two are related. There are 20,000 pages of documents … I’m a good reader, but not a speed reader. There is a lot of information … trade secrets, financial information, rejections, and we’ll give it all a thorough vetting. I am to ensure that the process complies with all applicable laws, and the information is given to the appropriate people including the public.

“Whatever the city council decision is, it will be made in a transparent process,” he said. “We’re looking to complete the staff review, no later than Aug. 25.”