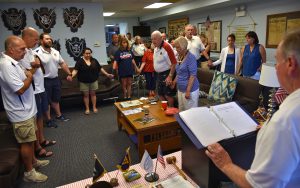 A disaster proclamation grants the State of Illinois the ability to expedite the use of state resources, personnel, or equipment to help affected communities recover.

“There are no words for the kind of evil that turns a community celebration into a tragedy,” said Pritzker on July 5. “As we mourn together, the State of Illinois will provide every available resource to Highland Park and surrounding communities in the days and weeks ahead as the community works to recover from this horrific tragedy.”

The number of dead from the Fourth of July shooting has reached seven as of Tuesday, July 5, with 46 people reported wounded.

The suspect, 22-year-old Robert “Bobby” Crimo III, is in custody and has been charged now with seven counts of first-degree murder. 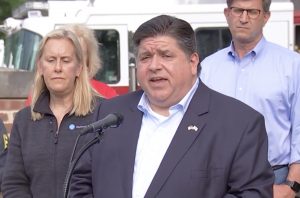 The shooting happened just after 10 a.m. in downtown Highland Park during the city’s Fourth of July parade.

State Senator Julie Morrison of Lake Forest, who represents the region, said, “I am devastated by yesterday’s tragedy not just because it hit the very community I represent, but because mass shootings have become an all-too-common occurrence in this country that no city is immune to.

“I pray for the victims and their families and vow to work together with my colleagues, local officials and Governor Pritzker on real, tangible solutions to ensure no other Illinois family has to experience this nightmare.”

State Rep. Bob Morgan (D-Deerfield) added, “My community is so grateful for the emergency declaration and the support the State of Illinois has already given, especially the immediate response from the Illinois State Police. Our needs will grow and evolve over time, and we know state government has our back as we continue to confront the reality of this horrific attack.”

Lake County is the only county included in the disaster proclamation, which is effective immediately and will remain in effect for 30 days.