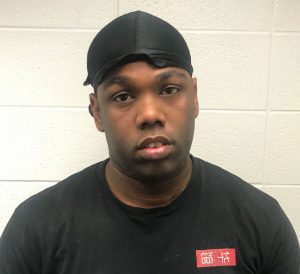 A Waukegan man has been charged with criminal transmission of HIV and aggravated criminal sexual abuse for his alleged involvement with a teen.

Marcus Davis, 29, a resident of the 800 block of Greenwood Avenue, was aware he was an HIV carrier and did not tell the boy until the two had engaged in several instances of unprotected sex, according to Lake County Sheriff’s detectives.

The parents of the now 16-year-old Lake County boy said they learned in June that their son had been sexually active with Davis since the boy was 15. They contacted the Lake County Sheriff’s Office and an investigation was started.

During the investigation, sheriff’s detectives said they learned Davis drove to the boy’s Lake County home on numerous occasions and engaged in sex acts at the boy’s home. Davis also picked the boy up and drove him to his Waukegan home, where he engaged in intercourse with the boy, law enforcement authorities said.

Sheriff’s detectives said they learned through their investigation that the boy contracted HIV from Davis.

Davis was being held in the Lake County Jail. He was scheduled to have his initial court hearing Saturday (Oct. 26).

Detectives said Davis and the boy first met on a mobile dating application.

Lake County Sheriff’s detectives said parents should inspect their child’s mobile devices and computers to examine what applications are installed and with whom their child is communicating.