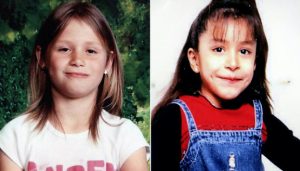 In 2005, the brutal Mother’s Day slayings of Laura Hobbs, 8, and Krystal Tobias, 9, shocked the city of Zion, Lake County, and the country.

The bodies of the two girls were found in the municipality’s Beulah Park nature area, both were dead from multiple stab wounds and were sexually assaulted.

A massive search by authorities and volunteers, that included Hobbs’ father, Randy, began when the girls had not returned for dinner.

The twisting trail eventually ending in the conviction and sentencing of Jorge Avila-Torres for the murders gave partial closure to a heinous crime, although it still resonates.

“I can’t say we’re satisfied. This was a brutal murder case,” said Steve Schiller, assistant state’s attorney for Lake County, in the criminal division. “Both families were happy to resolve the case, and satisfied that he took responsibility and pleaded guilty. I was tasked with the investigation for our case, and it was good police work that ultimately led to his conviction.”

Avila-Torrez was implicated in the crimes through a DNA match in 2014, which ultimately freed one victim’s father, Randy Hobbs. He was arrested, following an alleged coerced confession elicited over a 24-hour period, and the possession of a small knife called a “Texas potato-peeler.” Hobbs was held in the Lake County Jail without trial for five years in a succession of motions and continuances by public defenders. He was exonerated in August 2010, after DNA from semen in his daughter’s body matched that of Avila-Torrez.

Avila-Torrez, who was 16 at the time of the murders, joined the U.S. Marines immediately after the crime. In 2014, he was convicted by a jury in the 2009 strangulation and murder of Navy Petty Officer 2nd Class Amanda Snell, 20. They lived several doors away from each other in the Myer-Henderson Hall of the joint base station in Arlington, Va.

In February 2010, Avila-Torrez had been arrested in a case of stalking three women, one of whom was raped and sodomized, then choked, and left for dead. That case was connected by authorities back to Snell’s murder.

The 2014 conviction netted Avila-Torrez a total of five life sentences, and he also became the first person to receive the death penalty at the federal level since 2007. Following the trials, he was extradited to Lake County, and held in the county jail. Defense attorney Jed Stone argued in an October 2015 court appearance that the “DNA was junk,” and that Hobbs was probably guilty. 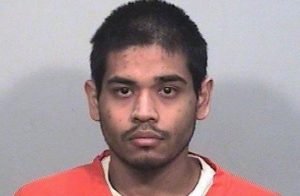 Negotiations between prosecutors and Stone resulted in a guilty plea agreement with several other charges being dropped. On Sept. 18, Lake County Circuit Court Judge Daniel Shanes brought a measure of closure in sentencing Avila-Torrez to 100 years in prison, 50 years for each victim, calling him a “serial killer,” and recounted their sustained injuries in the manner of an indictment of his continued behavior.

In February 2014, while Avila-Torrez was incarcerated for the crimes, Hobbs accepted a $7.75 million settlement from numerous law enforcement agencies and municipalities connected with the Lake County Major Crimes Task Force. It was brokered by attorney Kathleen Zellner, who specializes in wrongful conviction cases.

He subsequently began appearing at wrongful conviction seminars as a panelist, and his case was a lightning rod in drawing attention to the county for its series of wrongful convictions under former Lake County State’s Attorney Michael Waller. The admissions often involved allegedly coerced confessions through questionable interrogation methods employed by the Waukegan Police Department, under the county task force aegis.

The many large settlement payouts were partially covered by various insurance companies but are ultimately borne by taxpayers.

“I wasn’t with the state’s attorney’s office and in private practice, during the period when Hobbs was held for a number of years without trial,” said Schiller. “It was not a factor in our case … my purpose was concentrating on Avila-Torrez. This was a brutal murder.”