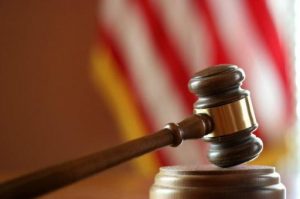 An East St. Louis man has been sentenced to two decades in prison for reoffending while in the federal penal system.

In 2017, James Keel, 31, was on federal supervised release when he was caught stealing cocaine from a house in East St. Louis. On May 13, Keel was sentenced to 210 months in prison to run consecutively with the 27.5-month sentence he had already received in February for violating the terms of his supervised release.

Keel was originally prosecuted in 2012 for being a convicted felon in possession of a firearm and
possession with intent to distribute 30 grams of crack cocaine. He was convicted and sentenced to
70 months in June 2012 and began serving a term of supervised release in May 2016.

In September and
October 2017, undercover agents working with the Metropolitan Enforcement Group of Southern
Illinois and the St. Clair County Sheriff’s Office purchased crack cocaine from Keel on four occasions. Agents then served a search warrant on his residence and recovered 95 grams of powder cocaine, 64 grams of crack cocaine, seven firearms, and more than $17,000. It was later determined that Keel had been selling drugs out of the house for more than nine months before he was caught.

In handing down the 17.5-year sentence, Judge Staci Yandle emphasized the need to protect the public from Keel and deter others who are part of the ongoing drug epidemic plaguing society.

Keel testified at his sentencing hearing that he had not sold as much cocaine as the agents claimed, but Judge Yandle found his testimony “disingenuous” as it contradicted what he told investigators during a videotaped interview.

Yandle further pointed to the number of guns Keel illegally kept in the house where he was selling cocaine, as well as the length of time he had been selling drugs. It was clear, she said, that Keel had not learned anything from his previous stint in prison.

Keel pleaded guilty to the charges in August 2018. As part of his sentence, he was ordered to serve
an additional 10 years of supervised release when his prison term ends.