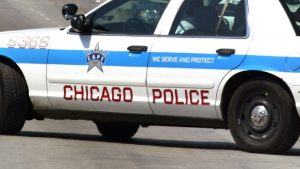 Chicago police are warning residents of the Near West Side to be on alert after two females were robbed.

In each incident, the offender approached a lone female on foot and attempted to take personal property by force. In one of the incidents, the offender was successful in taking a purse and fleeing on foot.

The offender in one incident was described as a black male between 15 and 20 years of age, 5 feet to 5-3, weighing 150-160 pounds and having brown eyes and black hair.

The other offender was described as a 15-year-old male black, 5-8, 140 pounds, with short black hair and a dark brown complexion.

Police provided the following tips to avoid being robbed and how to react, if robbed:

Anyone with information about the robberies or the offenders should contact the Chicago Police Department’s Bureau of Detectives for Area Central at 312-747-8380.