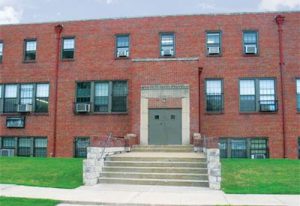 Three people with connections to the non-profit Lessie Bates Davis Neighborhood House in East St. Louis have been indicted. The charges come two months after the former executive director of the organization pleaded guilty to embezzling more than $250,000 from the organization. (Pintrest photo)

An ongoing federal investigation into corruption at an East St. Louis charity has resulted in charges being filed against three additional individuals.

Leonard Johnson, 33, of St. Louis, Jeremy Turner, 31, of Dallas, and Tiffany Taylor, 37, of Maryville, Ill. are all under federal indictment for crimes associated with the Lessie Bates Davis Neighborhood House, a non-profit organization in East St. Louis that receives federal funds.

The indictments come two months after Christopher Coleman, the former executive director of Neighborhood House, pleaded guilty to embezzling more than $250,000 from the organization in 2016 and 2017. Coleman, 42, of Troy, Ill., is scheduled to be sentenced Nov. 19 at the federal courthouse in Benton, Ill.

Johnson and Turner are both charged with aiding and abetting Coleman’s embezzlement and making false statements to law enforcement. Coleman allegedly directed the payment of Neighborhood House funds to business entities controlled by the defendants – $24,000 to Johnson under the business name “JCS Consulting” and more than $40,000 to Turner under the business name “Teach Me Technology, LLC.”

According to the indictments, both men then used the money they received to make cash payments back to Coleman. The indictments further allege that both Johnson and Turner later lied to FBI and IRS agents about the kickbacks to Coleman.

Taylor is charged separately with making false statements to a federal agent. The indictment against her alleges that from 2015-18, Neighborhood House provided fiscal support services for the administration of federal grant funds to Cahokia Unit School District 187’s after-school program. During that time, a number of Apple products – including Apple watches, iPads and MacBook Pro laptop computers – were allegedly purchased by Neighborhood House and provided to people associated with the after-school program. The indictment alleges that Taylor, a former grant manager and writer for the Cahokia School District, lied to a federal agent by falsely denying that she had requested the Apple watches.

A spokesperson for the district said that Taylor is no longer employed at the school system.

The ongoing investigation of these cases is being conducted by the Southern Illinois Public Corruption Task Force, which consists of agents with the Federal Bureau of Investigation, Internal Revenue Services’ Criminal Investigation, and Illinois State Police.

Citizens are encouraged to report suspicions of public corruption to the Southern Illinois Public Corruption Task Force Tip Line at 618-589-7373.