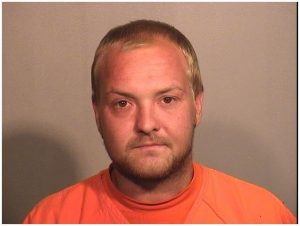 A suspect has been arrested in the May 27 home invasion and murder of rural McHenry resident, Donald Jouravleff, with further arrests expected to be made.

If convicted on all three charges, Fox’s sentence could range from 12-50 years. Preliminary investigations indicated two men wearing masks were responsible in the shooting of Jouravleff, and robbery at his residence in the 1800 block of W. Davis Avenue in unincorporated McHenry. The McHenry County Major Investigation Assistance Team, and the McHenry County State’s Attorney’s Office collaborated in the chargers against Fox.

In a press release, county sheriff Bill Prim stated, “This announcement is recognized by law enforcement as a first step in seeking justice for the family of Donald, and supporting them, through closure. The tireless work of our investigators over the last 20 days is a testament to the dedication of McHenry County Law Enforcement.”

Sheriff’s deputies responded May 27 at 1 a.m. to a 911 contact, and found Jouravleff shot in his home. He died later that evening from the wound. McHenry County Coroner Anne Majewski issued a statement he died from complications attributed at Centegra McHenry Medical Center that evening, and an autopsy confirmed the cause and manner of death.

Both the sheriff’s office and the county major investigation assistance team have stated the investigation is ongoing, and following additional evidence that will eventually lead to anticipated arrests of other individuals.

Fox was arraigned with bond set at $2.5 million, and his next court date is June 21.