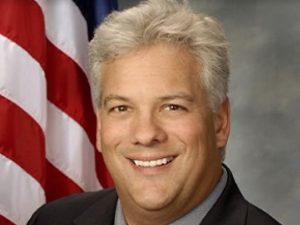 McHenry County Board Chairman Jack Franks, as he appeared during his tenure as a state representative, from 1999-2017. (Illinois House photo)

McHenry County Board members are questioning the effectiveness of County Board Chairman Jack Franks, who been embroiled in sexual misconduct allegations.

A McHenry County Board committee and board member, Carolyn Schofield, R-District 2, questioned whether Franks should lead county board business while the allegations are present, and recommended he take a leave of absence.

Through an FOIA request by the Chicago Sun-Times, it was revealed that the Illinois State Police served a search warrant Jan. 31 on the offices of Michael Madigan, Illinois Speaker of the House of Representatives, seeking any and all documents, records or information relating to allegations of sexual misconduct and harassment by Jack Franks, who served as a state representative, D-Woodstock, from 1999-2017. Franks said he first received written notice of the allegations in 2019.

The allegations stem from a complaint by a Madigan office employee, occurring during Franks’ legislative tenure, which Madigan’s office investigated and discovered to be plausible. The victim, at first, refused involvement, but then cooperated. Franks was eventually banned from entering the state House without an escort by Madigan.

Franks then ran, and won, in the first election ever held for McHenry County Board Chairman, in Nov. 2016 general election. 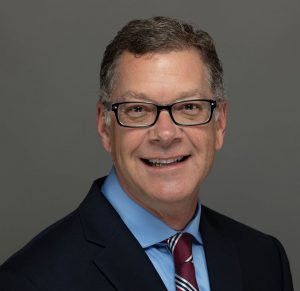 At the Feb. 19 County Board meeting, various members raised concerns over the allegations in relation to Franks’ leadership ability, while the investigation continues.

Board member Chuck Wheeler, R-District 4, sought to open discussions on imposing an identical escort procedure for Franks, at the county building. District 4 board member, Republican Pamela Althoff questioned liability factors facing the County Board stemming from the allegations, and requested an opinion from the office of McHenry County State’s Attorney Patrick Kenneally.

“I cannot comment on such a request, or the content, due to client-attorney privilege,” said Kenneally. “As the county state’s attorney, I represent the county board, along with any elected county officials. However, the request was made, and per protocol, that type of request has to be made by the county board chairman or the chairperson of a standing committee, of which, she is neither.”

Speaking during the public comment segment of the meeting was Michael Buehler, the Republican candidate for County Board chairman. I am not here to pass judgment … why was the County Board not notified of these restrictions by Speaker Madigan’s office or the Sangamon County state’s attorney’s office at the time they were imposed?

“Why didn’t Chairman Franks notify the board immediately after he was made aware of them? Has (he) been handcuffed in his ability to represent McHenry County, due to his inability to enter the Capitol without an escort for one year. … I respectfully urge this board to exercise their power to lead this county,” he said.

When contacted several days later, Buehler noted, “I came away with more questions than answers. Jack Franks was touting his administration as being open and transparent, and two weeks later, these allegations come up. His administration really wasn’t transparent at all. Transparency isn’t something to be used at convenience.”

He and Franks, a Democrat, are running unopposed in the March 17 primary election.

Franks was unavailable for comment. The Illinois State Police have also refused to comment, citing the ongoing investigation.