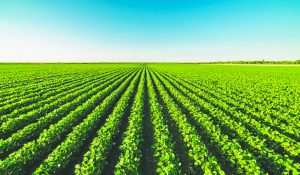 A McHenry County farmer has been sentenced to three years in federal prison for defrauding a Champaign bank.

Timothy Cosman, 44, appeared in federal court in Urbana on Oct. 4 for sentencing. Cosman was also ordered to pay restitution to the bank in the amount of $2.9 million.

Cosman was allowed to remain on bond until he reports to the federal Bureau of Prisons on Jan. 7 to begin serving his sentence.

On March 27, Cosman, of Harvard, pleaded guilty to actions he took from February 2014 to April 2016, to defraud Busey Bank of Champaign to secure loans. Cosman inflated his assets and created and submitted false documents to make the bank believe its loans would be more secure than they were. To inflate his assets, Cosman made false claims about his ownership in family companies; claimed the loans would be secured by farm equipment he owned, when he did not own the equipment; claimed he was the beneficiary of a $1.5 million promissory note that he created and forged; and claimed a $450,000 loan for cattle would be secured by cattle, however, no cattle were purchased.

The Federal Deposit Insurance Corp. Office of Inspector General investigated the case with the cooperation of Busey Bank.