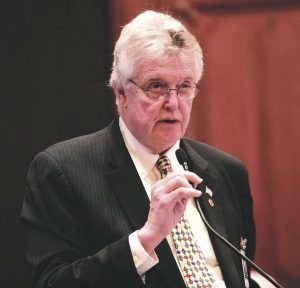 A bill filed by state Rep. Steve Reick (R-Woodstock) seeks to exempt McHenry County and other state counties with populations of less than 3 million from the Bail Reform Act of 2017, which went into effect Jan. 1.

The Act is being cited as meant to benefit Cook County’s population and is deleterious to smaller counties while creating the potential for jailed repeat offenders to be released on personal recognizance.

McHenry County State’s Attorney Patrick Kenneally concurs with the Act’s deficiencies and has been enlisted to collaborate on the new legislation by Reick, whose website reflects that he and Kenneally “are working together to address a threat to public health and safety from the Bail Reform Act.”

The House Bill 221 synopsis states, “(It) provides that notwithstanding any other provision of law to the contrary, a county with a population of less than 3 million does not have to comply … if the county board adopts a resolution for that purpose, on or after the effective date of the amendatory Act.” The bill was introduced and given its first reading Jan. 9, before being referred to the House Rules Committee

The Bail Reform Act was forwarded under the premise that the cash bail system was unfair to indigent people, in part, citing that “in recognition that the decision-making behind pre-trial release shall not focus on a person’s wealth and ability to afford monetary bail, but shall instead focus on a person’s threat to public safety, or risk of failure to appear before a court of appropriate jurisdiction.” It was signed into law June 2017, by former Gov. Bruce Rauner. 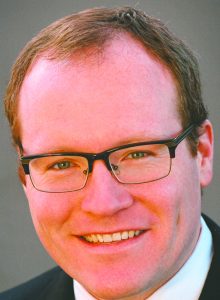 “The old system works fine … pretty good,” said Kenneally, through a phone contact. “The judge would set bail, but opposition pointed to a defendant’s ability to pay a cash bond. If anybody doesn’t have a history, they would get recognizance three times on Sunday … but to do this with a criminal history is absurd.

“Under the new act, 33 people would be eligible out of the entire McHenry County Jail population, and on average, they have been arrested 11.4 times,” he said. “27 of those 33 individuals are at court supervision on bail or parole. Showing up to court … it’s absurd. Those are exactly the people who couldn’t be trusted.”

Reick’s website also said the Act “requires judges to consider a detainee’s circumstances when setting conditions of release or imposing monetary bail. The result has been a larger number of individuals released with no monetary bail requirement. The new Act also provides detainees awaiting court dates with credit toward an early release for each day spent in jail.”

Kenneally noted, “This can put opioid abusers back on the street, who have detoxed for several days, then take the same amount and overdose. There were four such cases. The county has no diversion program.”

There is a court “1410” drug intervention program involving an “intensive treatment and evaluation process for first-time offenders,” Kenneally said. However, the four overdose deaths have been seen as “unintended consequences” of the Act, and prompted his involvement in the bill. He has been a proponent of detox and in-patient treatment centers in McHenry County.

In a press release, Reick said, “Like many laws that take effect in Springfield, it is only after they are implemented that we see some of the unintended consequences. I have no doubt that the sponsor of the Bail Reform Act was well-intentioned, but we are finding that there is no one-size-fits-all solution to pre-trial justice reform. Provisions that are having success in Cook County, are not working well here in McHenry County.”