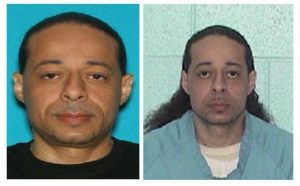 The man who allegedly shot and killed a McHenry County Sheriff’s deputy was apprehended near Lincoln, Ill. at approximately 5 p.m.Thursday.

Deputy Jacob Keltner, a member of a U.S. Marshall’s task force, was allegedly shot by Floyd E. Brown, 45, as police attempted to serve warrants at an Extended Stay Hotel on Bell Road.

In a tweet, the Sheriff’s office said, “We regret to inform you that shortly after 3:30 p.m. today Deputy Jacob Keltner has passed away. Deputy Keltner was shot earlier this morning while attempting to serve an arrest warrant with the U.S. Marshalls Great Lakes Regional Fugitive Task Force.”

Keltner was accompanied by an unspecified number of officers attempting to serve outstanding warrants from Champaign County, McLean County, Sangamon County and the Illinois Department of Corrections. 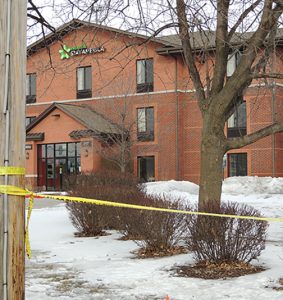 Police said Brown fled the scene and was later cornered 170 miles away when he crashed on Interstate 55 between Bloomington and Springfield following a high-speed pursuit. Authorities closed the highway in both directions and surrounded the vehicle mid-afternoon, before the standoff ended when Brown surrendered to police.

A female acquaintance was removed from the hotel room. She had sustained a gunshot would. It was not believed to be caused by law enforcement, police said.

“About 9:15 this morning Rockford Police officers responded to Extended Stay America (following) a report from a U.S. Marshall’s Service task force attempting to serve an arrest warrant on the subject in one of the rooms here,” a Rockford police spokesman said. “They were fired upon by the suspect. One of the marshals was hit.”

The spokesman estimated that seven to eight agencies from the region responded to assist. 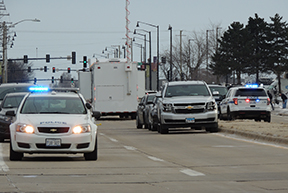 Rockford Police described Brown as an African-American male from Springfield who was staying at the hotel. He was reported to be driving a light blue or silver Mercury Grand Marquis with a temporary Illinois license plate and considered armed and dangerous.

“We want to end this incident peacefully with his surrender,” the spokesman said.

Gregory Harutunian contributed to this story