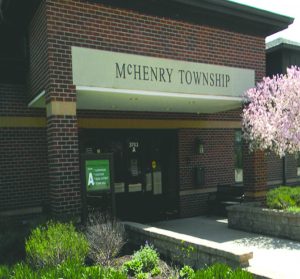 The township board had previously canceled the service in June, with a Nov. 30 termination date. (Photo courtesy of McHenry Township)

The beleaguered senior busing program in McHenry Township will continue, as the result of a Sept. 20 special meeting where the township supervisor was directed to transfer and allocate monies to maintain its operation until March 31.

The township board had previously canceled the service in June, with a Nov. 30 termination date. However, state law allows voters to request the administrative move through a binding vote at the off-session with a three-fourths majority.

McHenry Township Superintendent Craig Adams was also directed by the electorate to use $100,000 to pay for its operations through the fiscal year end date. The move coincides with the township’s budget process and fiscal year, running from March 31 through April 1.

Also at issue is a non-binding referendum question issue, certified for filing at the township’s Aug. 8 meeting, will ask its voters whether the township should fund, operate, and oversee a transportation service for the elderly and disabled. It will appear on the March 17 primary election ballot. Should the question be approved, it is not mandatory legislation.

“It will be on the primary ballot as a nonbinding referendum question, simply asking if they want to keep the bus service or not,” said Adams. “In the meantime, we are transferring reserve funds to keep the busing service operating until March 31 … which is a critical point for us, as the new fiscal year budget has an April 1 effectuation date.

“The flat amount of $100,000 from the reserves was approved by the electorate attending the Sept. 21 meeting, of which, a three-quarter majority is required. The amount will ensure there is enough funding available, as a base amount, to cover operational costs of the service until March 31,” he said. “I’m certain that all of it will not be spent, so whatever remains will be returned to the general reserves.”

The township was also notified, during the week of Aug. 19, of a complaint filed with Illinois Attorney General’s Disability Rights Bureau. Tori Joseph, the bureau’s Deputy Press Secretary, said, in an email, residents made contact “concerned about the … township discontinuing its bus service for people with disabilities and seniors … we are investigating whether state or federal disability rights laws have been violated.” At this time, it is an ongoing investigation.

“I’m a strong proponent that we should have this service, it is very necessary, and not a duplicate of any other services in McHenry County,” said Adams. “Over 200 senior and handicapped residents depend upon it for their daily living needs.”

The termination of the busing service was passed at a June 18 township special meeting on a 3-2 vote, with trustees Bob Anderson, Steven Robert Verr, and Mike Rakestraw approving the motion to end the program. Adams and trustee Stan Wojewski cast dissenting votes. The passage was largely framed as a cost-saving measure on tax expenditures.

Without the Sept. 21 action taking place, residents would need to rely on the county-operated MCRide service that does not provide the personalized attention of the township service.

The subsequent special meetings grew from public reaction, during comment sections, to keep the service running. Although it will continue to operate until Mar. 31, Adams said the unofficial election results can provide direction, even though the tally certifications come weeks later.