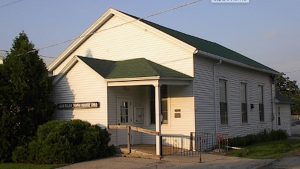 The Riley Township Board voted 4-1 to continue the county’s McRide service through the 2020 calendar year by approving a county entity intergovernmental agreement, during its Nov. 12 meeting.

The agreement with PACE translates to the general public within Marengo and Riley townships being able to use the ride service. Riley Township’s contribution to the program was $2,520 in 2019, based on the population category of under 10,000 in the 2010 census.

The vote was preceded by a survey of township residents to gauge participation levels and if the service is necessary for the constituency. The sample size of the returned questionnaires was 33, and the key question of the ride service being important to the township was an affirmative 21-12 reply. However six of 33 responses stated they had never used the PACE bus, and 29 said they knew of no one using the service.

“Every year the township board has to vote on, and agree, to enter into the Pace agreement with the other agencies in the county, said Riley Township Supervisor Karen Schnable, in an email. “When we go to vote on it, we always wonder if it is a worthwhile service for the community. We receive numbers from the county regarding ridership, but they are never very detailed. We never really know how many different people are using the service. Is it one person using it multiple times, or multiple people using (it).

“Last year, when the issue came up, the board was reluctant to commit to another year. At that time, I felt it would not be fair to discontinue the service without reaching out to the residents to see how they felt about it. Therefore, we approved the contract but decided we would reach out to the community before we voted on the contract next year. That prompted the survey.”

Marengo’s city council approved its end of the intergovernmental agreement, during their Nov. 25 meeting. The 5-0 unanimous vote came with three aldermen absent, and placed the 2020 municipal contribution at $8,030 (an allotted $1.05 on a per capita basis).

McHenry Township, however, opted to maintain its own busing service through March 31, the end of the fiscal year budget. The township board had previously canceled the service last June, with a Nov. 30 termination date, stating better cost-efficiency with the McRide program. It was reinstated at a Sept. 20 special meeting, after more than 120 voters and a three-fourths majority requested the administrative move in accordance with state law.

Craig Adams, the township’s supervisor, had said the issue will appear on the March 17 primary election ballot as a nonbinding referendum question. He indicated his support as a strong proponent to maintain the township’s version of the service and pointed out that it is not a duplication of any other services in McHenry County.

“Over 200 senior and handicapped residents depend upon it for their daily living needs,” he said.

Riley Township’s survey proffered to obtain resident input toward the decision-making process. “Even though the response was not huge, it did seem the people did want to see the PACE service continued … some board members also received calls encouraging them to vote in favor of the service,” said Schnable. “Some callers commented that they used the service, and others commented that they never used it but wanted the service available if they needed it.

“The service costs the township $2,520 per year. The county calculates the rate based on population, and we fall in the lowest category of a population under 10,000. I am also attaching the intergovernmental agreement that we signed … Riley and Marengo townships are also grandfathered in, with regards to the people the service is available to. What this means is the general public within Marengo and Riley townships can still ride, where as any other township only has service for seniors.”

Schnable pointed out that had the board not approved the agreement, and re-joined at a later date, only seniors in Riley Township would be allowed to ride. “Hopefully, more people will use it in the future,” she said.

Riley Township is a township located south of Marengo, and its town hall, built in 1868, is the oldest town hall in McHenry County.