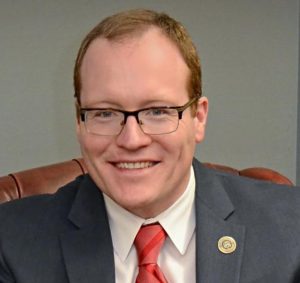 SPRINGFIELD — A woman found guilty of a McHenry County murder has had her conviction vacated after serving 19 years of her 27-year sentence and maintaining her innocence throughout her imprisonment.

With the help of the lawyers from the Illinois Innocence Project, Jennifer McMullan was released from prison June 16 as a result of a plea agreement entered in McHenry County court.

McHenry County State’s Attorney Patrick Kenneally’s plea deal to grant McMullan’s release and vacate her murder conviction depended on if she agreed to plead guilty to an armed robbery charge in the case.

Stephanie Kamel, one of McMullan’s attorneys at IIP, said her client faced an extremely difficult decision of whether to accept a plea to a lesser charge or remain wrongfully imprisoned for years to come.

“Driving her decision was her father, whose health is deteriorating rapidly due to Alzheimer’s disease,” Kamel said in a news release. “While we would like to have seen Jennifer’s conviction vacated with no plea agreement required, we are glad she is finally free and reunited with her family after an almost 20-year absence.”

McMullan was one of four people — along with Kenneth Smith, David Collett and Justin Houghtaling — who were arrested for carrying out the attempted robbery and fatal shooting of Raul Briseno at a McHenry restaurant in March 2001.

McMullan’s release comes less than two months after a federal appeals court released Smith from prison and vacated his murder conviction, overruling prior Illinois state courts’ decisions in his case.

The convictions of McMullan and Smith were based on Houghtaling’s confession to police days after the murder. Houghtaling, who confessed in exchange for a lesser sentence, later recanted his confession.

He initially claimed that he and Smith robbed the restaurant while McMullan and Collett waited in the getaway car.

After McMullan and Smith were found guilty at trial, their appeals focused on an alternate group of suspects — known as the DeCicco group — who confessed to the murder on multiple occasions but also later recanted.

He was convicted again at his third trial in 2012 and sentenced to 67 years in prison, but the conviction was yet again tossed out on appeal. The federal appeals court’s decision in April was a result of Smith’s appeal of his third conviction.

Attorneys for Smith and McMullan argued that the police overlooked credible confessions from members of the DeCicco group that contained details about the crime that police withheld from the public.

Specifically, the police withheld the fact that Briseno suffered a head wound consistent with being hit with a gun, and that Briseno had yelled to a passing car to call the police after he chased the two masked robbers from the restaurant.

The federal appeals court’s opinion admonished the Illinois court for being “not just wrong, but unreasonable,” in upholding Smith’s conviction, despite Houghtaling’s recanted confession that was “riddled with holes” and evidence corroborating the DeCicco group’s confessions.

Based on the totality of the evidence presented at Smith’s trial — the DeCicco group’s confessions along with weakness of the other evidence — no rational jury could have found Smith guilty, the U.S. Court of Appeals for the 7th Circuit found in its 33-page opinion.

“Houghtaling’s inconsistencies take on a special significance in light of the DeCicco evidence—evidence that builds a narrative largely free from the holes that fill Houghtaling’s confession. With such a serious possibility of a third party’s guilt…we are convinced as an objective matter that no rational trier of fact could have found Smith guilty beyond a reasonable doubt,” according to the opinion issued April 29.

Kenneally said in a statement that he disagrees with the opinion that overrules the decisions of three separate McHenry County juries.

“We are increasingly distressed at the recent trend of remote judges, years and decades later, elevating their own judgments of selectively considered evidence and witness credibility over those of ordinary citizens to reach preferred case outcomes,” Kenneally said in the statement.

The 7th Circuit Court of Appeals’ decision that no rational jury could convict Smith forecloses the immediate possibility for Kenneally to put Smith on trial for a fourth time.

Kenneally said his office is reviewing its legal options and determining whether to appeal the ruling to the U.S. Supreme Court.