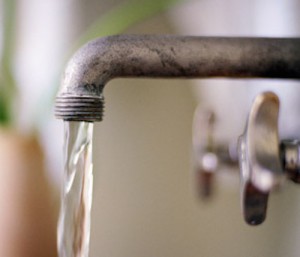 As the jaw-dropping details of dangerously unsafe drinking water conditions have emerged in Flint, Mich., and other regions there has been renewed interest across the country of what comes out of the faucets in our homes.

As questions have emerged, local elected leaders, municipal staffers and other experts are taking extra efforts to share information about what goes into treating drinking water and how a threat such as the one in Flint is not imminent in communities across McLean, Tazewell and Woodford counties.

Flint’s situation is unique, local officials say, because of the perfect storm of events that resulted in elevated lead levels. The financially strapped Michigan city’s water source shifted from one body of water — Lake Huron — to the highly contaminated Flint River.

Because of its precarious condition, local Flint leaders have lost the authority to make most of their own budgetary decisions, instead ceding control to state authorities. This change in events is partially cited with the under-the-radar nature of the city’s drinking supply.

In recent conversations with the Chronicle, local water treatment experts say no such scenario exists in communities across the three-county Central Illinois region.

“I’ve been here for 38 years, and there has never been a problem with our water quality in the time I’ve been here,” said Stan Sayre, chief of operations with the village of Metamora’s water and wastewater treatment plant.

The Woodford County community of more than 3,600 people has a longstanding policy of sampling its three wells on a regular basis. In keeping with standards set by the Illinois Environmental Protection Agency, the village monitors levels of fluoride, chlorine, iron — and, yes, lead. Sayre adamantly said he has “never had a bad sample.”

When the dangers of lead began surfacing in the mid to late 1970s, Sayre said Metamora was proactive and began vigorously replacing lead-based infrastructure. Any of the community’s homes that once had a lead-based source are routinely tested, Sayre said.

In the town of Normal in McLean County, Steve Gerdes, the municipality’s water director, said water quality testing within the community was a priority before the Flint crisis grabbed national headlines.

East Peoria’s water supervisor Ray Roese adamantly trumpeted the community “is not even close to having a situation like the one in Flint.” As is the case with many of its neighbors, East Peoria’s drinking supply comes from a ground water source, which he said “makes it a lot easier to treat than Flint’s.”

In the past, East Peoria has routinely replaced its lead water main lines to homes and businesses, he said.

In nearby Morton, the community did garner attention two years ago when tests revealed high levels of coliform bacteria — the result of decades worth of mineral and biological build-up within the village’s 109 miles of water mains.

Morton’s situation also is different and far less severe than what Flint residents are facing. Craig Loudermilk, the village’s director of public works, said there has never been a trace of toxic or fecal bacteria in Morton’s water supply.

Earlier this month, Morton officials announced the municipality voluntarily reached an agreement with the Illinois EPA on the coliform bacteria findings through a process involving chlorination throughout the community’s water main distribution system.