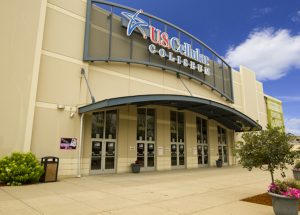 It has a new name, and a new management company behind it. But the past of what then was known as the U.S. Cellular Coliseum took center stage this past week.

A McLean County grand jury has returned 111 indictments against officials with Central Illinois Arena Management, the firm that had overseen the coliseum in its first decade of operation. The city of Bloomington and CIAM parted ways in March 2016.

While few details have surfaced on the findings within the state police’s investigation, what is known at this time is who the grand jury indicted, and how many counts each person received.

John Butler, owner of CIAM, received the highest number of counts — 47 — and has been charged with theft of government funds, money laundering, tax evasion and conspiracy to tax commit tax evasion.

Four other CIAM employees also have been charged in connection with the mismanagement allegations: Paul Grazer, Kelly Klein, Jay Laesch and Bart Rogers.

The grand jury’s findings were initially sealed when they were returned Wednesday, Sept. 20, but were unsealed five days later when all five defendants posted bond and were released from jail. 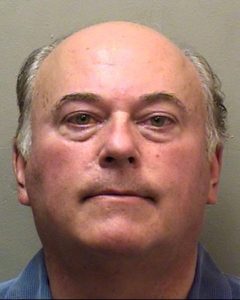 Since word surfaced this past week of the indictments, city officials have said little about the findings. The state police’s investigation is ongoing, City Attorney Jeff Jurgens said, and for that and other reasons, he said it would be imprudent to comment at this time.

A number of residents used the public comment portion of the City Council’s Monday, Sept. 25, meeting to sound off on the findings. The meeting took place the same day the indictments were unsealed.

“I am furious, and I am angry with the people that are charged with these 111 counts,” resident Sue Feldkamp said.

Feldkamp and others appearing before the council questioned why it took so long for details of CIAM’s alleged mismanagement to surface.

“I’m sure an investigation takes a long time, but this shouldn’t have happened,” Feldkamp said.

Resident Gary Lambert said he lays some of the blame at the feet of all city officials — including top staffers within city hall and all elected officials — for not asking tougher questions throughout CIAM’s oversight of the coliseum.

“(CIAM) showed complete disregard for the city’s public money,” Lambert said. “What we have here is a council that is go along and get along. I am ashamed of you.” 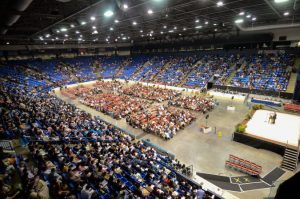 U.S. Cellular Coliseum was renamed earlier this year to Grossinger Motors Arena following the VenuWorks taking over management of the facility in 2016. (Photo courtesy of visitbn.org)

While specifics still are not known, City Manager David Hales last year indicated there were deep concerns about CIAM’s management of the coliseum during a routine review of the venue’s books when oversight shifted.

“These reviews brought forward multiple areas of concern for city staff, which we promptly reported to the Illinois State Police in an effort to determine whether any unlawful conduct had occurred,” Hales said a year ago when the investigation began.

VenuWorks has handled oversight of the coliseum the past 15 months. The naming rights for the facility changed earlier this year, and it is now known as the Grossinger Motors Arena.