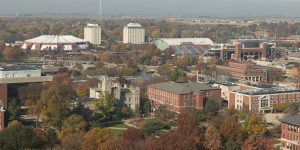 Illinois State University ended its recent fiscal year with a record amount of donor dollars. The milestone comes at a time when state financial resources are pinched.

In its most recent fiscal year, which ended June 30, ISU netted $37.3 million, according to officials. The figure reportedly is the second time in ISU’s history more than $36 million has been raised within the past four years and is the fifth consecutive fiscal year of bringing in more than $21 million.

In an interview with the Chronicle, Pat Vickerman, vice president for university advancement, attributed the most recent fiscal year-end dollar amount with several factors, including a vigorous campaign and a loyal alumni base.

“Folks are stepping up,” Vickerman said. “We’ve enjoyed tremendous success, and they’ve helped us to continue to flourish.”

As a public university, ISU does rely on state dollars for a portion of its annual operations. At present, Vickerman said about 15 percent of the university’s revenue comes from the state. Traditional student tuition funds the lion’s share of the operations budget, and the donations help round it out.

Vickerman said ISU remains “extremely grateful” for the state-funded contributions into the university, but notes the ongoing reliance on additional resources to ensure the higher-education institution remains competitive.

Many of the donor funds go toward programs and initiatives that go beyond ISU’s core services and curricular areas.

“We want to be able to expand on our margin of excellence,” Vickerman said. “This allows us to do accomplish that mission.”

Examples of where the donated funds go toward include student scholarships, program enhancements, faculty support and facility improvements. 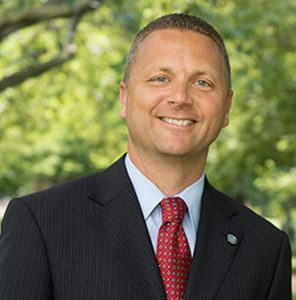 The $37.3 million netted this past fiscal year is a microcosm of a broader campaign that is in its final year.

ISU in recent years has been marketing a program, Redbirds Rising: The Campaign for Illinois State, which already has exceeded its targeted $150 million goal. At the end of the past fiscal year, ISU officials said more than 51,000 donors pledged $160 million in resources.

“We’re looking to build on that success,” Vickerman said of the program’s final year. “The enthusiasm from this community is just remarkable.”

Speaking to the annual campaign and the bigger picture Redbirds Rising program, ISU President Larry Dietz in a statement said several factors have aligned to ensure the institution has a strong financial future.

“(The support) is a testament to the spirit of Illinois State and the thousands of Redbirds who are helping us continue to thrive,” Dietz said in the statement. “That’s the magic of Illinois State University. We work together to accomplish what we’ve set out to do.”

Vickerman said collaboration within and beyond the walls of the ISU campus has been a pivotal part of achieving the short- and long-term donation goals.

“Across the board, a lot of folks have stepped up. It’s been a real team effort,” Vickerman said. “You don’t enjoy this kind of success without involvement from a lot of people.”