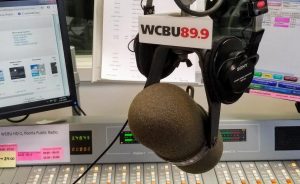 Despite attempts by a group of concerned citizens to keep Peoria public radio station WCBU-FM locally run by Bradley University, the station will soon be managed by WGLT-FM at Illinois State University.

Bradley and ISU signed an agreement and began working together April 17 to transition operational responsibility of WCBU to WGLT by June 1 after many months of discussions, according to a news release issued by Bradley University.

The release attempted to allay the citizens’ concerns by stating that WCBU will remain at 89.9 with the same call letters, will still have a presence on Bradley’s campus and will continue featuring local news coverage and programming. In addition, Bradley will retain the station’s FCC license and WCBU’s news and information format with a continuation of programming provided primarily by National Public Radio.

WCBU has been based at Bradley since its founding 49 years ago. WGLT began broadcasting in 1966.  Both are non-commercial public radio stations.

“We are working with WCBU employees to identify opportunities that fit their skills, Some of those opportunities could be available at WCBU under the management of ISU,” Gorman said.

“Operational roles will be combined with staff in Bloomington-Normal, but there will be staff committed solely to WCBU, and they will be housed on Bradley’s campus,” said R.C. McBride, general manager of WGLT.

McBride said the goal in the first year is to have five full-time employees dedicated solely to WCBU who will be based on the Bradley campus.

“That includes a news director, two news reporters, a host/reading service director and corporate support director,” he said. “We’ll also have at least a couple of professional journalists working part-time. All of this depends on successful fundraising, as always.”

McBride said the positions have been posted on ISU’s job website, adding, “We would not move any full-time WGLT employees to Peoria unless they applied for a WCBU position and were hired, in which case we’d have an opening to fill at WGLT.”

WCBU has been housed in Jobst Hall, which is to be demolished later this year to make room for a new business-engineering complex. Bradley President Gary Roberts reportedly told faculty members at a meeting last August that the cost to move the station to another location on campus wasn’t feasible.

Bradley is planning to build space for WCBU in Morgan Hall and hopes to have conceptual drawings and renderings to share soon, according to the news release.

As part of the agreement, WGLT’s translator signal at 103.5 FM in Peoria, which currently simulcasts WGLT’s on-air signal, will begin simulcasting WCBU-HD2’s classical music format this summer. McBride said the classical station will continue to air on an HD-2 format, which was one thing the vocal citizens had been concerned about.

Elaine Hopkins, one of the organizers of a move to keep WCBU under Bradley management, said of the new partnership with ISU, “I think Bradley is making a huge mistake to give up its best public relations tool. Those who love WCBU will be watching to see what happens.  Will the Peoria City Council still be broadcast? What about the arts coverage from WCBU? What a loss.”

“Listeners shouldn’t notice many changes,” he said. “We expect there will be more local voices. The format will remain the same, though we are still negotiating with national programming providers to bring fees into line with current fundraising levels.”

“As WCBU supporters know, public broadcasting is a money-in, money-out business model. We hope to be able to fundraise beyond what’s needed merely to sustain current service,” McBride said. “We want to build a stronger local news service.”

Beginning in June, all contributions made to WCBU will be handled by ISU, with those funds put into a separate account for the exclusive benefit of WCBU’s operations.

The community advisory board for WCBU will remain in place as required by the Corporation for Public Broadcasting.

“I expect the board to both hold us accountable and be WCBU’s most vocal champions in the Peoria community,” McBride said.

Asked if he had heard much public comment about the new partnership, McBride said, “We have received some, and most of it has been positive and encouraging. I believe most people realize we’re trying to build a better service in both Peoria and Bloomington-Normal, and do so in a way that each station serves the specific needs of its respective community. That said, we know change can be difficult, especially when the change impacts something so many care about so strongly.”