Illinois State University capped off Homecoming Week on Saturday, Oct. 13 with a festive parade through Normal  followed by a victory by its nationally-ranked football team, a 51-3 blowout of Southern Illinois. 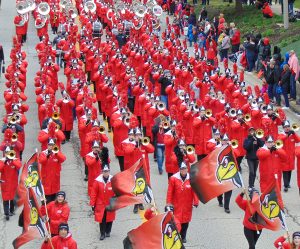 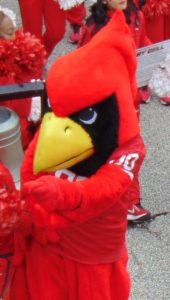 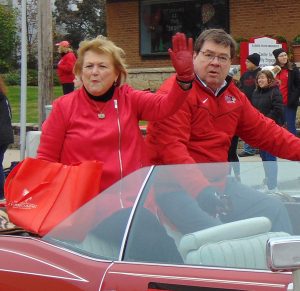 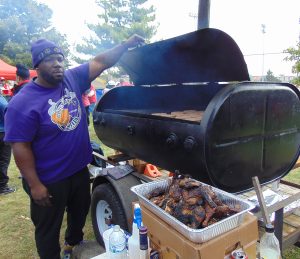 Serious pre-game tailgating calls for heavy-duty equipment as this Illinois State fan shows off some ready-to-eat chicken and burgers on the grill of his oversize smoker prior to last Saturday’s ISU homecoming game. 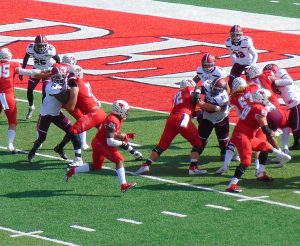 Illinois State running back James Robinson (above) eyes an opening in the Southern Illinois defensive line on a three-yard touchdown run on Saturday. He rushed 25 times for 202 yards in the Redbirds’ 51-3 Missouri Valley Football Conference triumph.