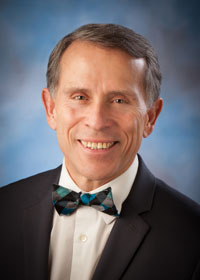 With several local hot-button issues swirling around the Twin Cities and a pair of mayoral posts up for grabs, the upcoming consolidated general election is expected to draw a larger number of voters than usual.

Incumbent Bloomington Mayor Tari Renner is facing off against opponent Kevin Lower. In Normal, incumbent Mayor Christopher Koos is running against challenger Marc Tiritilli for a seat known formally as “town president” on the ballot.

The county’s two election heads said they anticipate about a quarter of the eligible voters in Bloomington and Normal casting ballots by the time the polls close Tuesday, April 4.

“Typically, the turnout for a mayor’s election is about 25 percent,” said Paul Shannon, executive director of the Bloomington Election Commission, the local authority that handles voting-related issues for the city of Bloomington.

Elsewhere, County Clerk Kathy Michael said she anticipates a similar turnout, on average, across other areas of the county. Michaels’ office handles elections in all municipalities, but Bloomington.

In Bloomington, Renner and Lower have sparred on a number of issues this campaign season, including the city’s relationship with Normal. Tensions have risen between the two communities, particularly after the city unwound the decades old shared Metro Zone agreement with Normal. 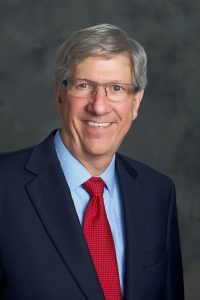 Renner, through debates and other platforms, has defended the measure, saying it was fiscally responsible for the city to undo the agreement. But he also said he is open to continuing cooperative arrangements with Normal in the future.

While the city should act with a competitive spirit, Lower also has gone on record in saying he believes Bloomington should be neighborly and act with as much moral character as possible as future decisions bubble to the surface.

In the Normal mayor’s race, one of the largest issues has been debt — particularly in terms of how much the town should take on to address budgetary issues.

Koos has defended the town’s existing debt load, asserting it is within the municipality’s means. But Tiritilli has taken jabs at the incumbent leader, asserting Normal is currently over-extended.

Other races on the ballot

Although they are garnering most of the attention this spring, Bloomington and Normal’s mayoral races are one of a number of items on the ballot in the Twin Cities.

Five wards within Bloomington are contested this spring.

Rounding out the list of Bloomington council races, Kimberly Bray, Sheheryar Muftee and Greg Rodriguez are vying for the open Ward 9 seat.

In Normal, four candidates are vying for three at-large trustee seats on the Town Council.

Two of the candidates — Kevin McCarthy and Scott Preston — are incumbents. The other candidates are Chemberly Cummings and Run Ulmer.

Other races on the ballot, depending upon the municipality, include races for school and library boards, township supervisors and trustees and community college district seats.

For additional information on voting early, visit the Bloomington Election Commission’s website at www.becvote.org or the County Clerk’s office website at www.mcleancountyil.gov.

Both entities’ websites have specimen ballots available for viewing.