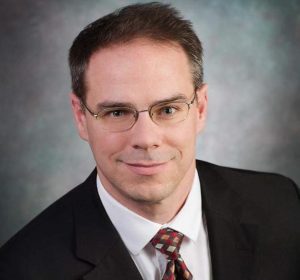 For years, the insurance industry and higher education have been juggernauts fueling McLean County’s economy.

While neither sector is showing signs of slowing down in the Bloomington-Normal area, a local economic official has high hopes firms specializing in technology, manufacturing and healthcare will add further economic opportunities in the road ahead.

Patrick Hoban, president and CEO of the Bloomington-Normal Economic Development Council, said he has high hopes for the region after a series of pivotal changes begin coalescing as 2020 unfolds.

Rivian, which is expected to ramp up operations late this year in Normal with a 250-person workforce out of the former Mitsubishi plant, has the opportunity to be a catalyst for new opportunities, Hoban said.

“We anticipate seeing a large and hopeful growth as a result of them,” Hoban said in an interview with the Chronicle. “For us (at the council), that’s going to be a big area of focus.”

Plymouth, Mich.-based Rivian has been noted for its innovation in industry circles because of its area of specialty: electric trucks. The firm also received an additional shot in the arm right before the holidays when it announced an additional infusion of $1.3 billion in funding from such investors as Ford and Amazon.

In a statement released Dec. 23, R.J. Scaringe, founder and CEO of Rivian, said the additional funding will give the company the opportunity to make investments in its products manufactured in Normal and elsewhere. 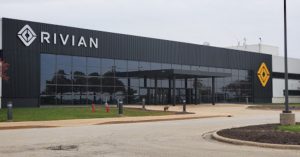 Rivian is expected to ramp up operations late this year in Normal at the former Mitsubishi plant, with a workforce of around 250.

“This investment demonstrates confidence in our team, products, technology and strategy,” Scaringe said in the statement. “We are extremely excited to have the support from such strong shareholders.”

Healthcare is another industry where Hoban said he sees growth potential in McLean County — from a practical perspective and on the heels of a pivotal corporate-level announcement that will have an impact on the immediate area.

Advocate Aurora Health on Jan. 9 announced it was divesting two Central Illinois hospitals — one being Advocate BroMenn Medical Center in Normal, the other Advocate Eureka Hospital in Eureka. Carle health system is acquiring the facilities.

In a statement issued the day the ownership change was announced, Colleen Kannaday, president of the two Central Illinois hospitals, said it presents new opportunities to build upon the services already available.

“Our relationship with Carle is built upon a strong foundation of successful clinical partnerships, and we look forward to a seamless transition,” Kannaday said.

This year brings more changes to healthcare in the region as Advocate BroMenn Medical Center in Normal has been acquired by Carle Heatlh System based in Urbana.

In a more big-picture sense, Hoban said he believes healthcare will remain an important economic engine to the community, regardless of what company is behind the scenes, simply because of the laws of supply and demand.

“None of us are getting any younger,” Hoban said as he illustrated his point.

Bloomington-Normal’s stalwarts continue to show their durability, Hoban said, as evidenced by State Farm’s continued commitment to the region and strong enrollment at area universities.

“But we’d definitely like to increase the amount of manufacturing and technology we have,” he said. “It would be good to balance that out.”