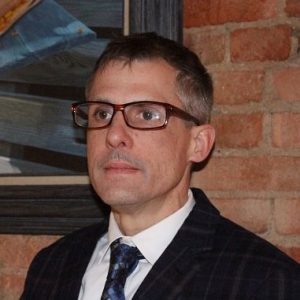 As the head of the McLean County Museum of History’s library, Bill Kemp’s role includes ensuring Bloomington, Normal and surrounding communities’ stories of bygone eras continue to be told through literature and other means.

But Kemp will be taking off his historian hat briefly at an upcoming talk in the hopes elected officials and interested residents will roll up their sleeves and look to the past while planning the future.

Kemp will be hosting a talk, “The Once and Future Greatness of Downtown Bloomington,” later this month, looking at the heart of McLean County’s largest city and the importance it played as the community evolved into what it is today.

The program will feature what Kemp is describing as an “illustrated tour” — that is, a series of visual images via PowerPoint and other means to showcase how Bloomington’s political, economy and social history was shaped through the development of the city’s downtown area.

The path to creating a downtown goes back to day one — 1831, or 188 years ago — when the city was incorporated.

In that span of time, there have been ebbs and flows as the city’s downtown grew, then retrenched as development sprawled outward.

“Bloomington, given its size, was a good model for the rest of the country,” Kemp said as he recalls the various chapters of the city’s nearly two-century story. 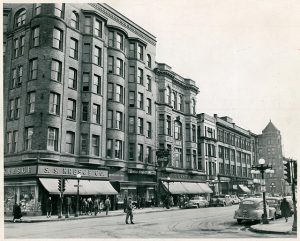 Downtown Bloomington mid-20th century was a vibrant center. Bill Kemp, McLean County Museum of History librarian, and others are looking to draw on the city’s past to go forward. (Photo courtesy of MCMH)

Much of Bloomington’s evolution was mimicked in other areas of the country, though, in some instances, the city was a forerunner.

Beginning in the 1950s, for instance, as the automobile grew in popularity, commerce was being siphoned out of the downtown area and into other areas in the ensuing decades, such as the Eastland Mall, in Bloomington’s case.

“That story is told here, obviously,” Kemp said of the widespread popular shifts that took place across the U.S.

As Bloomington charts its future course, notably in the downtown area, Kemp said he will “take (his) historian hat off for a bit,” toward the end of the presentation with a call to action for anyone who will listen.

As gentrification and other trends have gained momentum in recent years, historic downtown main streets from years past are seeing revitalization. But Kemp said Bloomington is lagging behind the trend.

“We can do better,” Kemp said. “In fact, we have to do better if we want to compete against the global economy.”

He added, “If we do not have a dynamic downtown, this city will not thrive in the future.”

From his vantage point, Kemp said Bloomington should look to other comparable cities, such as nearby Champaign, to imagine the revitalization possibilities. He also pointed to some of the older suburban communities near Chicago, which have undertaken similar efforts.

Above all else, however, Kemp said he hopes attendees will leave his talk with a newfound appreciation a downtown city center plays in any community.