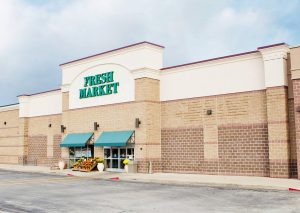 Fresh Market will close its Normal store in the coming weeks.

‘Fake cop’ believed to have pulled over victim

The McLean County Sheriff’s Department sounded a warming alarm this past week after a report of an alleged suspect posing as a police officer surfaced. According to the agency, a man impersonating an officer pulled a victim over on 700 North Road on Saturday, July 7.

The man approached the motorist using flashing lights to have the victim pull to the side of the road. The suspect subsequently tried subduing the motorist, but was unsuccessful.

The victim was able to drive away from the scene. The suspect is described as a thin, white man in his 40s.

At the time of the incident, he was driving a four-door black car with blue lights in the front and back windows. No additional incidents were reported in the following days.

Fresh Market closing Normal store; one of four across state

Citing slumping sales and heightened competition, executives with North Carolina-based Fresh Market on Monday, July 9, announced 15 of the company’s 176 stores would cease operations this summer in a cost-cutting measure.

In Central Illinois, Fresh Market also is calling it quits in Peoria. Elsewhere in the state, two suburban Chicago locations — Glen Ellyn and Lincolnshire — are on the company’s closure list.

Uber Eats, a growing app-based food delivery service, launched recently in Bloomington-Normal. The new service from the global company that has made a name for itself with its ride-booking platform officially came to the Twin Cities Thursday, July 12.

According to the company, Uber Eats offers users the option of ordering from the menus of more than 35 food establishments. The platform also can be accessed at www.ubereats.com. 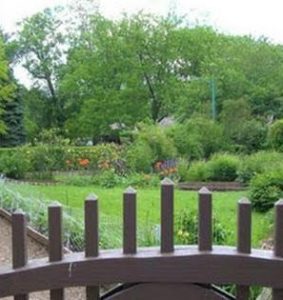 The University of Illinois Extension Master Gardeners will host a plant propagation workshop on Saturday, July 28, at the David Davis Mansion. (Photo courtesy of U of I Extension)

U of I Extension hosting propagation workshop

The University of Illinois Extension’s team of Master Gardeners in McLean County will host a plant propagation workshop from 9 a.m. to noon Saturday, July 28, at the David Davis Mansion, 1000 Monroe Drive, Bloomington.

The program will center around the award-winning Sarah’s Garden, which features a variety of plantings, many of heirloom origin and planted by Sarah Davis more than a century ago. The cost of attending the U of I workshop is $10, and advance registration is required. For information, call 309-663-8306 or visit go.illinois.edu/RegisterLMW.

A pair of outdoor concerts will be held at Franklin Park in Bloomington as the second half of summer heats up.

Members of the Community Concert Band will perform selections at the park, located at the corner of Walnut and McLean streets, at 7 p.m. Thursdays, July 19 and 26.

Mike Wallace, who has served as the band’s director for three decades, conducts the outdoor concerts. The Bloomington Parks, Recreation and Cultural Arts Department sponsors the event.

Annual Ice Cream with a Cop slated for July 26

The Bloomington Police Department is hosting its annual Ice Cream with a Cop event from 4 to 6 p.m. Thursday, July 26, at Carl’s Ice Cream, 601 W. Locust St.

In addition to offering up the time-honored treat that is especially popular in the summer, BPD officers will be at the event to meet and talk with adults and children. The event is one of the department’s community outreach initiatives.

Ryan Otto has been named the head of Normal’s engineering department, town officials announced this past week.

Otto has been an employee of the municipality since November 2015 after working in the city of Bloomington as a civil engineer in the decade prior.

Kearfott is succeeding Mike Clark, who retired from his leadership post at NCHS at the end of the 2017-18 school year.