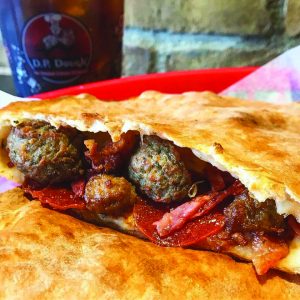 Rivian, which is poised to begin operations in Normal next year, announced this past week a partnership with online giant Amazon.

Under terms of the agreement, Amazon is investing $700 million into Rivian’s fleet of all-electric pickup SUVs.

Rivian, based in the Detroit suburb of Plymouth, Mich., announced a few years ago it would open a manufacturing plant at the former Mitsubishi site in Normal.

Candidates running for seats on the Bloomington City and Normal Town councils this spring will square off at a pair of upcoming forums.

Members of the League of Women Voters McLean County will moderate the forums.

The Bloomington candidates’ forum is slated for Thursday, March 7, at Illinois State University’s alumni center, 1101 N. Main St., and the Normal one will be held Tuesday, March 19, at ISU’s Bone Student Center, 100 N. University St. Both forums will be held from 6 to 7:30 p.m.

Bloomington Police at press deadline continue to investigate two armed robberies from this past week in different areas of the city.

According to BPD officials, the first incident involved a suspect demanding cash from an employee at Family Dollar, 1512 W. Market St., at 8:24 p.m. Tuesday, Feb. 12. The suspect fled with an undisclosed amount of cash.

The suspect is described as a black man, standing 6 feet tall, with a medium build. At the time of the incident, he was wearing all black clothing.

According to the department, three black men approached a pizza delivery driver. One suspect pulled a gun out of his coat and demanded cash. All of the men in this incident also wore dark clothing, according to the eyewitness account.

Police are asking anyone with information on the incidents to contact Detective Tyrel Klein at 309-434-2366 or email tklein@cityblm.org.

Businesses operating within Bloomington will be not required to register with the city — for now, at least. According to a news release on the city’s website, officials decided to halt the registration program on Feb. 14.

A final decision on how to proceed with the program will be made at a City Council meeting Monday, Feb. 25.

A statement in the city’s news release reads, “While our program was not unlike that of many communities, we realize with council’s recent approval of a Technology Commission, we have the opportunity to create a better program.”

Honorees in years past have been selected for a variety of projects that have preserved the city’s unique, historic identity.

Submissions are currently being accepted, and the deadline for nominees is Monday, March 25. Commissioners will announce the winners Thursday, April 18. For information, visit the city’s website, www.cityblm.org.

Restaurateur to expand footprint in Uptown

D.P. Dough, an eatery in Normal’s Uptown area, has announced plans of expanding and opening a brewpub in the near future. D.P. Dough, located at 121 E. Beaufort St., will expand into the former Bill’s Key and Lock at 127 E. Beaufort St.

According to application materials sent to Normal officials, the owners of D.P. Dough intend to use the expanded brewpub space as a display area for the line of in-house brews it makes.

The five-story facility eyed on redeveloped land on Beaufort Street is intended for multi-use.

Developers brought a conceptual pitch to the town’s Uptown Review Commission on Monday, Feb. 11, and discussed some of the building materials, which will include metal and concrete panels, in addition to assorted parking accommodations.

The Town Council also is in the process of reviewing the plans.

Illinois State University’s Center for Community Engagement and Service Learning will host a free screening of the documentary, “Won’t You Be My Neighbor?”

ISU to host free screening of “Won’t You Be My Neighbor?”

Illinois State University’s Center for Community Engagement and Service Learning will host a free screening of the documentary, “Won’t You Be My Neighbor?” at 7 p.m. Tuesday, Feb. 26, at the Normal Theater, 209 W. North St.

The documentary looks back at children’s TV host Fred Rogers’ life and legacy. ISU’s Center for Community Engagement and Service Learning is hosting the screening.

Afterward, attendees will have an opportunity to ask questions from a panel of faculty members from ISU’s department of Psychology.