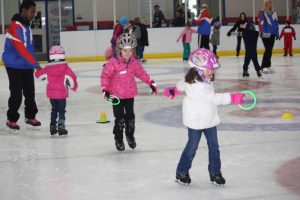 The Pepsi Ice Center will now be named the Bloomington Ice Center. The city also will posthumously honor longtime hockey director Joe Olson by renaming the ice rink in his honor. (Photo courtesy of city of Bloomington)

The Manor at Ewing Cultural Center will open for free public tours from 4-6 p.m. Mondays through October. The last tour leaves at 5:30 p.m. Tours take approximately an hour.

Tours will not be available on Labor Day. Although there is no charge, donations are accepted. Tours for groups may be arranged on other days for a fee, depending on the availability of the facility.

Built between 1928-1929, the Manor celebrated its 90th anniversary in the fall of 2018. A time capsule placed by Davis and Hazle Buck Ewing was opened to celebrate the event. Time capsule contents will be on display for guests to view. Mrs. Ewing donated the property to the Illinois State University Foundation upon her death in 1969.

Climbing stairs is required to take the tour. Parking is located across the street at St. John’s Lutheran Church. For more information, contact Toni Tucker at 309-438-6333 or go online to https://ewingmanor.illinoisstate.edu/.

Additionally, the city will posthumously honor longtime hockey director Joe Olson by renaming the ice rink within the Center the Joe Olson Rink. These transitions are already underway and are anticipated to be complete in the next several weeks.

Joe Olson, who passed away unexpectedly earlier this year, was instrumental in building the youth and adult hockey programs at the ice center since its 2006 opening.

An official dedication ceremony for the rink will be announced at a later date.

Below is a list of updates for various resurfacing projects throughout Bloomington. The city urges drivers to use caution when traveling through these areas or any work zones. To view a map of all resurfacing planned for this fiscal year, go to https://www.cityblm.org/home/showdocument?id=21993.

Milling is removing the asphalt surface.

Resurfacing is the final step in the process where new asphalt is installed.

The annual Kayak Fun Challenge Obstacle Course Race will be held Saturday, Aug. 24 at Eureka Lake, in Eureka from 9 a.m. to noon.

Proceeds from the race are  supporting Heartline and Heart House of Eureka, which services to women and children in crisis situations in Woodford and parts of Tazewell County since 1983.

The Kayak Race is a staggered start, flat water race with a timed finish. Participants maneuver through a series of eight water obstacles including the fun and challenging new water zip and the kayak sluice, which is  an exciting new optional water entry system.

The course is designed to accommodate both novice and experienced kayakers with safety and boating instructions provided to all participants.

Loaner kayaks, personal flotation devices and other equipment are available if needed.  Awards are presented to the top 3 winners in each age group in both men’s and women’s divisions.  The entry fee of $30 per person includes lunch, bottled water, snacks, t-shirt, goody bag and the use of a loaner kayak, and equipment for racers without their own.

Food will be available for purchase by non-participants and there is no entry fee for spectators.  Bring your chairs or blankets, family and friends and enjoy the extra fun being provided by Vendor Booths, East Peoria Car Club Car Show, plenty of great music and a children’s outdoor game area with prizes for the kids.

To participate in the Kayak Fun Challenge Obstacle Course Race, register online at www.WashingtonParkDistrict.com Code 3-5196-19.  Race entries close on Wednesday, Aug. 21, at 5 p.m.  No registrations will be accepted after that day/time or on race day.

Mary Frahm has accepted the Head Coach position for the women’s volleyball program that will debut at Heartland Community College in this fall. 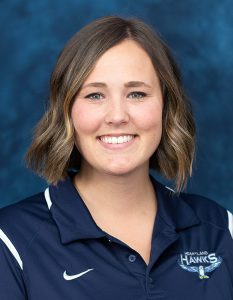 Frahm comes to Heartland from Illinois Wesleyan University, where she served as assistant volleyball coach since 2014. During her time at IWU, the Titans posted a .752 winning percentage with a 2018 NCAA Sweet 16 appearance. They were CCIW Tournament champions in 2018.

As a collegiate athlete at Lewis University in Romeoville, Frahm was a two-year captain of a top-25 Women’s volleyball team. During her time at Lewis, the team made four consecutive NCAA DII Tournament appearances with a GLVC Conference Tournament Championship in 2010.

In addition to the women’s volleyball program, Heartland has added men’s golf and men’s and women’s cross country teams to the current lineup of sports programs.

Rock the Farm 2019, a concert to benefit Easterseals Central Illinois, will be held Friday, Aug. 9 at Mackinaw Valley Winery.

Headlining the stage are The Way Down Wanders. Special guest Chicago Farmer joins the lineup with stories and folk tunes that entertain and delight. Jeni B That Folkin’ Girl & Friends will open the night.

Food and beverage will be available for purchase on site. For tickets and more information visit www.GoTeamAlex.com

Team Alex, hosts of Rock the Farm, is 12-year-old Alex Camacho’s family. Alex has multiple disabilities, including Cortical Visual Impairment. He has benefited greatly from the care and love he has received at Easterseals Central Illinois.