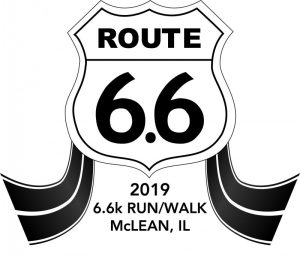 CORE of McLean, a nonprofit 501(c)(3) organization, is holding its annual run/walk on Route 66 from Funks Grove to McLean on Saturday, Aug. 24.

Registration for Bloomington’s Labor Day Parade is available at www.bntrades.org.  The annual parade is Monday, Sept. 2, 10 a.m., from downtown Bloomington to Miller Park.  The parade is sponsored by the Bloomington & Normal Trades & Labor Assembly (AFL-CIO).

The parade theme this year is “Labor Day – 125th Anniversary.”

In 1894, Labor Day became an official federal holiday.  The first “Labor Day Parade” was held in New York City in 1882

As part of the city’s overall efforts to improve transparency and services to its residents, Bloomington has made its online municipal code searchable.

The new searchable code provides convenient access to Bloomington’s ordinances in a feature-rich format that has been specifically designed for optimal viewing on desktops and laptops as well as smartphones and tablet devices.

The city’s searchable code offers the most flexible access for its citizens from any location — at home, at work or on-the-go. Designed to be easy-to-use and search-friendly, the user experience is intuitive and highly functional. By simply entering a keyword or two, search results will provide the information needed within seconds.

“Our new searchable code is one more valuable tool for the public to gain access to the information they need, when they need it,” says City Clerk Leslie Yocum. “Convenient, free, searchable access to our Code of Laws benefits our residents, our officials, business leaders, and others who want to do business in our city.”

To use the new searchable electronic version of the Code, visit the City’s website at www.cityblm.org.

The city has completed four major street projects and is making progress on a fifth as part of new, more aggressive programs for street and sidewalk improvement. The programs include resurfacing pavement, using pavement preservation, patching pavement, repairing vertical displacement in sidewalks, and repairing ramps and sidewalk panels.

A list of streets that will undergo pavement preservation will be released in early fall.

For more information about street and sidewalk maintenance, including a complete list and map of planned resurfacing projects, an interactive street rating map, and regular updates on how the community’s Local Motor Fuel Tax dollars are spent, visit www.bloomingtonstreets.com. 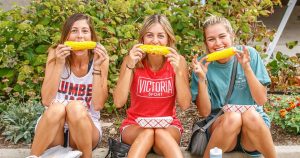 Sweet Corn Circus to be held Aug. 24-25 in Uptown Normal.

More than 50,000 ears of fresh sweet corn, sidewalk sales, arts, crafts, and flea market vendors await you on the streets of Uptown! Come out and enjoy the fun, food and great circus entertainment.

For information about Sweet Corn Festival or any Uptown event, go to www.uptownnormal.com/event

The run benefits the community of McLean. All proceeds will go to local projects.

Awards will be given for the best times (male/female) in several age groups, and there will be some special surprise awards this year as well.

Parking will be provided in McLean in the open grassy lot just north of the Shell station/McDonalds (401 S Main St). (No race parking will be available at Funks Grove Pure Maple Sirup.)

Favorites such as the pre-race shot of pure maple sirup and commemorative shot glasses, awesome t-shirts, and post-race food, drinks, and entertainment on the square will be back. Also. returning will be a classic car show and Ruby’s Rescue & Retreat with adoptable dogs and puppies, as well as a silent auction to benefit their rescue in McLean. See the race webpage for more details and to register.

The Illinois Department of Public Health (IDPH) has received reports of six young people experiencing severe breathing problems after vaping, and is investigating five more individuals.  These individuals experienced respiratory symptoms including cough, shortness of breath, and fatigue. Some also experienced vomiting and diarrhea.  Symptoms worsened over a period of days or weeks before admission to the hospital.
“IDPH is working with local health departments and hospitals to investigate reported cases of hospitalized individuals with unexplained respiratory illness and a history of vaping,” said IDPH Director Dr. Ngozi Ezike.  “The short- and long-term effects of vaping are still being researched, but these recent hospitalizations have shown that there is the potential for immediate health consequences.”
IDPH is also working with local health departments, other states, the Centers for Disease Control and Prevention, and the Food and Drug Administration to investigate the names and types of vaping products, as well as where they were obtained.  Without this information, we have been unable to conclusively determine which chemicals the individuals may have been exposed to.
People who experience any type of chest pain or difficulty breathing after vaping in the weeks or months prior to these symptoms should seek immediate medical attention.  Health care providers caring for patients with unexpected serious respiratory illness should ask about a history of vaping.
More information about e-cigarettes, vapes, and JUULs can be found on the IDPH website at http://www.dph.illinois.gov/topics-services/prevention-wellness/tobacco/e-cigarettes-and-vapes.