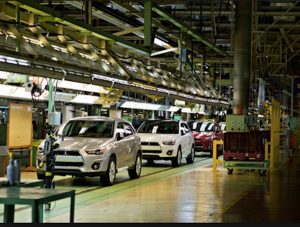 McLean County leaders say Detroit-based manufacturer Rivian Automotive moving into the former to Mitsubishi plant as having many positive changes in not only employment but in education. Local colleges are exploring new curriculums around manufacturing and technology.  (Chronicle photo)

As we prepare to turn the pages of our calendars to a new year, elected and civic leaders across McLean County have their attention affixed on the shuttered Mitsubishi Motors plant in Normal.

In early December, Detroit-based manufacturer Rivian Automotive announced it was in negotiations to purchase the sprawling plant and property, which lost the last of its economic activity early in 2016 as Mitsubishi officially wound down its North American operations.

Rivian, founded in 2009, has been hailed by some industry observers as an auto maker of the future because of a business plan that fuses traditional manufacturing with state-of-the-art technological practices.

“It opens the doors to a lot of different areas that fit this area very well.” said Mike O’Grady, vice president of the Bloomington Normal Economic Development Council.

The organization is one of several entities intricately involved in shepherding Rivian’s possible entry into McLean County.

“We’ve said for a long time that this community is rich in technology,” O’Grady said, pointing to the array of talent in Bloomington and Normal as an outgrowth of the colleges and universities dotting the landscape.

O’Grady is quick to emphasize the Rivian deal is not set in stone. He said he anticipates a formal deal being reached “the first part of January.” That statement has been echoed by officials within McLean County and town of Normal’s governing circles.

“I think you’re going to see a lot of positive development, spurred by that one business,” O’Grady said. “The synergies are starting to show already. The community is starting to show its support.” 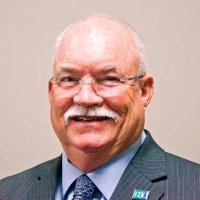 Two of those potential synergies, O’Grady said, are within Illinois State University and Heartland Community College. Both higher-education institutions have expressed interest in tailoring curriculum around manufacturing and technology.

Although he declined to delve into specifics because negotiations are ongoing, O’Grady said there are a number of unrelated “emerging projects” in the pipeline early in the year ahead.

“I’m not in a position to talk about them yet, but I’m hoping to soon,” he said.

While Rivian’s announcement ended 2016 on an upbeat tone, municipal and county leaders are grappling with a series of challenges — particularly in the area of budgetary issues and state funding.

Warnings of a temporary shutdown on all of Connect Transit’s routes sparked angst in the final few months of 2016 as state funds, which comprise nearly-two thirds of the organization’s revenue, lagged.

Connect Transit received a much-needed cash infusion from the state through its Downstate Public Transportation Fund, but the service provider’s future into 2017 currently remains murky.

The state’s contribution covered Connect Transit’s first-quarter operations that ended in September, and the organization has yet to receive second-quarter contributions that were to have covered operations through the end of the year.

Melissa Chrisman, business development and marketing manager, said the funding contribution staved off a Jan. 1 shutdown, but emphasized, “it’s not a celebration right now.” If a second-quarter contribution does not come through, a similar warning call could be sounded early in 2017.

McLean County government has several pending issues spilling over into 2017, including future landfill use and the level of mental health-related programs.

When he took the reins of the McLean County Board earlier this year, chair John McIntyre said he was going to make mental health programs a priority.

McIntyre’s efforts throughout the year were capped with the announcement the U.S. Bureau of Justice Assistance was awarding the county a $215,596 grant over a three-year span. McIntyre said the grant’s proceeds will be funneled into county-based programs benefiting persons suffering from behavioral health issues.

Early in the upcoming year, an announcement on a future landfill site is anticipated as the existing one at 2105 W. Oakland Ave. in Bloomington reaches capacity.

While there is adequate space in other locations of Central Illinois for an additional landfill, Bloomington, Normal and McLean County leaders will weigh a number of issues, including the cost of hosting a new site or hauling trash to another location outside the county.