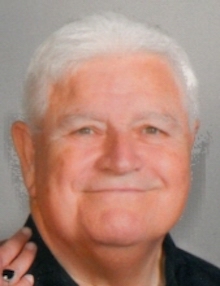 A fatal collision between a school bus packed with Normal Community West High School student-athletes and a semi-trailer truck claimed the lives of a beloved NCWHS volunteer and the driver of the semi on Dec. 5.

The truck driver was allegedly traveling eastbound in the westbound lane of I-74 near the Downs exit just outside the city when the accident occurred, according to police.

The collision, which involved the NCWHS junior-varsity girls basketball team, resulted in the deaths of Charles Crabtree, 72, of Normal, and 34-year-old Ryan Hute of Delmar, Iowa, who was driving the blue 2010 Kenworth truck tractor semi-trailer that collided head-on with the school bus.

Crabtree served as public address announcer, scorekeeper and statistician for the high school.

The team bus was returning to NCWHS after an away girls’ basketball game.

NCWHS girls’ basketball coach Steve Price was airlifted from the scene of the accident to OSF HealthCare Saint Francis Medical Center in Peoria with multiple broken bones, as was Hute, who later died.

The bus driver, employed by First Student, was listed in critical but stable condition at OSF following the crash.

Police had received calls warning of semi-trailer traveling in the opposite lane of the interstate shortly before the collision was reported, according to news sources.

“It is unknown if Hute was wearing his seatbelt, or why he was traveling in the wrong direction,” said Peoria County coroner Jamie Harwood of the accident, which was reported at 8:32 p.m. “The crash remains under investigation by the Illinois State Police and this office.”

Eight students were injured in the collision, which occurred at mile marker 137 on westbound I-74.

Members of the Normal West and Peoria Richwoods girls varsity basketball teams lock arms in unity during a moment of silence before their Dec. 6 game to honor victims of a fatal crash that killed two people and injured several players and the JV coach Dec. 5. (Photo courtesy of NCWHS Facebook)

The tragedy elicited an outpouring of community support for the victims, prompting NCWHS administrators to thank those who helped support Normal West students during the difficult time.

“We are so sad to see the passing of a great Wildcat volunteer Charlie Crabtree. Charlie had a special way of connecting to every student he met. This is a great loss for our school,” read a post on the NCWHS Facebook page. “All students have been released from the hospital and are recovering from the accident. Although Coach Price has many broken bones, he is on the path to recovery as well. Please continue to send positive thoughts.”

NCWHS-McLean County Unit District No. 5 principal Dave Johnson said Crabtree “had a special way of connecting with the students. The students certainly appreciate what he did. He was a very caring person.”

Crabtree’s daughter, Nikki Segobiana, eulogized her father with a Facebook post of her own in the hours following the tragedy. “Dad was the biggest giver I know. He spent the last night of his life doing what he loved, with people he loved. He gave and devoted so much of his time to the students of Unit 5,” she said.

The NCWHS varsity girls basketball team elected to play a long-awaited home contest against the state’s number one ranked team, Peoria Richwoods, on Dec. 6, though the JV game was postponed.

The decision to play the scheduled game was made by team members who wanted to honor the memory of Crabtree. The PA chair usually occupied by Crabtree was left vacant during the game, which the Richwoods Knights won 62-30.

The contest’s outcome did not matter, however, to NCWHS girls varsity head coach Corey Ostling, who held an emotional press conference following the contest.

“I didn’t want to do it, to be honest,” he said. “I could care less about the outcome. We showed up and gave it our best, and I was so proud of them. When they said ‘play,’ and Charlie’s wife said ‘play,’ we did,” said Ostling. “Charlie brought the fans in. Charlie was here.”

There was no announced timetable as to when the NCHWS junior-varsity girls basketball team would take to the court again, according to Ostling, who was not aboard the bus during the accident.

“I told my coaches, don’t forget tomorrow morning to take stock of where we are at. I talked to my J-V players, the ones that were involved, and it’s kind of hard to talk to them about whether they are cleared for basketball right now. It’s not that important,” he said.

He noted that a lot of residents and parents “who couldn’t care less about basketball” crammed the packed gymnasium for the varsity game versus Richwoods.

“Anybody who wants to show love for my team, I’ll let them. They need it,” Ostling said, adding that there is “no way to prepare” his student-athletes for experiencing and coping with an accident of this magnitude.

“A coach tries to be prepared all of the time, with a game plan,” he said. “Last night I had no game plan. I have tried to be there for every single person, and I am sure I have failed, but it isn’t for a lack of effort.”

Crabtree was so beloved by the school district that Normal West established the Charlie Crabtree Award two years ago to recognize and honor excellence in the girls basketball program, said Unit 5 spokesperson Dayna Brown.