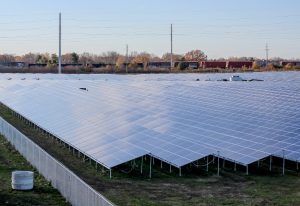 While conversation groups are applauding the number of applications for solar farms across the Central Illinois, others are more wary of property values being negatively impacted. (Photo courtesy of University of Illinois)

It has been touted as one of the most significant pieces of energy legislation ever to pass the Illinois General Assembly.

Since SB 2814 went into effect last year, the uptick has been palpable across much of Central Illinois, as developers — many hailing from disparate locations outside Illinois — seek the needed special-use permits to install their solar infrastructure.

Reaction to the influx of permits across the region has been mixed, with some energy conservation groups lauding the effort to invest in renewable energy sources and rely less on traditional methods.

Many of the concerns have come from property owners living near proposed development sites. They have expressed a range of reservations, including noise, aesthetics and a fear or lowered property values.

As previously reported in the Chronicle, residents in rural Cruger Township, on the outskirts of Eureka, have taken aim at a two-megawatt 25-30-acre solar farm located immediately south of the Lakeview Acres subdivision.

Atlanta-based SolAmerica Energy is the company behind the Cruger Township wind farm. In documents submitted to county officials with its initial permit this spring, company officials attempted to address residents’ concerns. 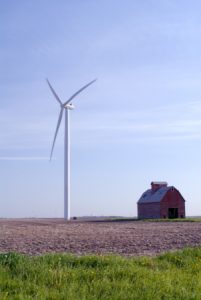 But just last week,  the Woodford County board declined to second a motion to pass the application of Sol America Energy for a special use permit to build the $2 million solar farm southwest of Marshall Road.

Peoria County Administrator Scott Sorrel said he and others in his office have been receiving and reviewing an ongoing flow of applications this year.

“At last check, we were just behind Stephenson County for having the most,” Sorrel said. “Peoria County is in a unique position, as we are one of the only counties in the Ameren Illinois service territory that has no rural electric cooperative.”

Of the eight requests that have undergone the full gamut of Tazewell County’s vetting process, Bachman said members of the county’s Zoning Board of Appeals approved each one.

“We currently have six additional applications on file, to be submitted to the ZBA for our November public hearings” Bachman said.

Special-use permits for solar power generating facilities have been an almost recurring item in McLean County this year, as its Zoning Board of Appeals and, eventually, full County Board comb through a litany of applications. 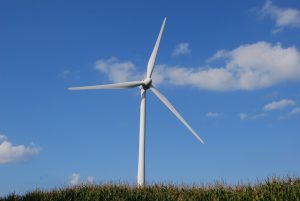 The Illinois Future Energy Jobs Act is aimed at increasing the number of jobs created by twin and solar energy.

The County Board’s September agenda provided a snapshot into some of the most recent requests funneling into areas beyond Bloomington and Normal’s incorporated municipal borders.

The McLean County Board has approved most of the applications, though there have been dissenters on the elected body.

Several members have been weighing such criteria as the state’s practice of scoring rural farmland through a metric known as the land evaluation and site assessment, or LESA, model.

The goal, according to members of the board, is designed to preserve productive farmland so it is not adversely impacted.

Proceedings of the County Board’s most recent regular meeting, held Sept. 18, provide a snapshot into the LESA scoring, which does not automatically shoot down a proposal if the numbers are high.

County Board member Catherine Metsker was a lone dissenter of Boston-based Nexamp’s planned solar power generating facility on swaths of land in Randolph Township, less than a mile from U.S. Highway 51.

“This particular parcel has … high value,” Metsker said, pointing to the LESA score. “I believe I cannot vote for this.”

Other board members, during deliberations, noted the score, but also pointed to the financial benefit of Nexamp’s proposal.