With Republicans and Democrats struggling for control of the U.S. House of Representatives, both parties will be focusing resources on Illinois’ 13th House District during the Nov. 3, 2020 general elections.

There, incumbent Rep. Rodney Davis (R-Taylorville) is again being challenged by Democrat Betsy Dirksen of Springfield.

Rep. Taylor and Dirksen were the only two candidates who had submitted nomination forms in the district, when filing closed, Dec. 2.

Dirksen ran against Rep. Taylor in the 2016 election; losing by just one percent.

Rep. Davis has represented the 13th District since 2013.

The 13th district covers all or part of 14 counties including a section of Madison County.

Omitted from the DCCC target list this year, after being included in 2016, is the Illinois 12th Congressional District, which has been represented by Rep. Mike Bost (R-Murphysboro) since 2015.

Two Democrats — Joel Funk, of Mascoutah and Ray Lenzi, of Makanda — will square off in next year’s district’s March 17 primary election for the right to challenge Rep. Bost in the fall.

Rep. Bost held off a challenge from former St. Clair County State’s Attorney Brendan Kelly in 2016; despite support from the DCCC.

The 12th District covers a section of western Madison County, as well as all of Monroe, St. Clair, and nine other counties.

In the Illinois 15th District,  a crowded field of both Republicans and Democrats will be vying in the March primaries for the right to succeed retiring Rep. John Shimkus (R-Collinsville).

Hoping to represent the GOP in the district fall general election will be:

and Kerry Wolff of Altamont.

[State Sen. Jason Plummer (R-Edwardsville) reportedly considered a congressional run in the district; but had not filed nominating petitions as of last week’s deadline.] 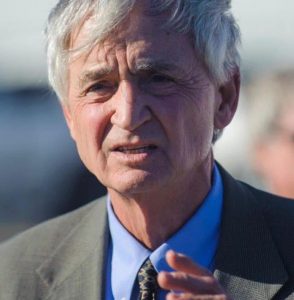 Competing to run under the Democratic banner will be John W. Hursey Jr. of Collinsville and Kevin Gaither of Charleston.

Rep. Shimkus has served in the U.S. House since 1997. He has represented the 15th District since 2013. Prior to a redistricting, he represented old the Illinois 19th District.

He announced plans to retire on Aug. 30 and issued a statement reaffirming his decision on No. 4.

The 15th District covers all or part of 33 counties, including roughly the easternmost half of Madison County.

One – Green Party member Randy Auxier of Carbondale – ran for Congress in the 12th District in 2018.

However, the Green Party nominee failed to draw enough votes to secure the party a guaranteed spot on the 2020 ballot in the district.

Independent candidates still have until June 22, 2020 to file for a place on next year’s November general election ballot.

Races for county-wide office in Metro East next year are as follows:

Jensen was fired from the Madison County State’s Attorney’s Office in December 2017 and replaced by Uhe. 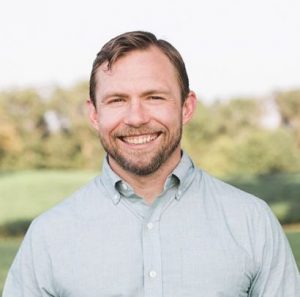 Incumbent Madison County State’s Attorney Tom Gibbons, who has served in that post since 2010, announced, Dec. 4,  that he will run for the Third Judicial Circuit vacancy created by the retirement of former Chief Judge Judge Dave Hylla, last week.

Incumbent county Coroner Steve Nonn, a Democrat, will be challenged in next fall’s general election by Republican Harry Mason.

Incumbent Circuit Clerk Mark Von Nida announced, April 23, that he would not seek reelection, in order to devote more time to his duties as Madison County Democratic Party Chairman.

Democratic St. Clair County Board Chairman Mark Kern is facing no primary or general election challengers in his bid for a fifth term.

Likewise facing no opposition is St. Clair County State’s Attorney James Gomric. The Democrat was appointed to the county’s top law enforcement post on Jan. 24 of this year, after then-State’s Attorney Brenda Kelly was named the new director of the Illinois State Police.

Competing in the March Democratic primary for an open seat on the county’s three-person board of review will be Kinnis Williams, Sr. and  Rickey C. Easton.  The winner will face Republican Jim Wilson in the fall general election.