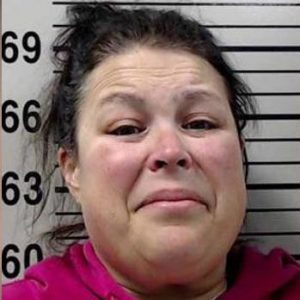 The Madison County State’s Attorney ‘s Office has charged an Alton mother in the death of her teenage daughter.

Amber Hampshire was charged Dec. 27 with involuntary manslaughter following the Nov. 3 death of her 14-year-old daughter Emily, who was found unresponsive Nov. 1 in their home and eventually died two days later at the  SSM Health Cardinal Glennon Children’s Hospital in St. Louis.

Police were called to the house and emergency crews determined the teenager was in cardiac arrest.  She was airlifted to the hospital where it was discovered Emily was a diabetic and died from complications from the disease.

Emily had apparently been diagnosed with diabetes in 2013 but her mother concealed her daughter’s disease and allegedly failed to get the proper medical treatment and medication.

There is no current evidence provided that shows Emily’s insulin prescription was ever filled, according to law enforcement.

The teenager was hospitalized in February 2018 for pneumonia and diabetic ketoacidosis, but no follow up medical appointments were kept, according to police.

Emily attended Evangelical United Church of Christ in Godfrey. The school posted this statement on its web site. “We have heavy hearts this month due to the untimely passing of one of our own 8th graders.  Emily Hampshire has left us far too early, but her impact on us all will last for the rest of our lives.”

In addition to her mother,  Emily is survived by her father, Zach, and a younger brother, 9-year-old Ethan. She was preceded in death by her sister, Hope Hampshire.