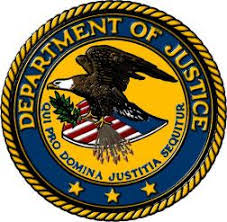 An Alton woman has pleaded guilty to cashing the Social Security checks of her deceased mother.

The stolen funds were Social Security checks payable to Cousett’s mother, who died in 2017.

In court, Cousett admitted that for 12 months after her mother passed away, she continued to cash
the woman’s Social Security checks and used the funds for her own expenses.

Cousett forged her dead mother’s signature on the backs of each check, deposited the checks into her mother’s bank account, and then accessed the money using her mother’s debit card.

In total, Cousett stole $15,601. Cousett also admitted that she used her dead mother’s driver’s license number to conceal and perpetuate her crimes.

Sentencing is set for May 20 at the federal courthouse in East St. Louis. Each of the charges carries a maximum sentence of 10 years in prison and a fine of up to $250,000, in addition to required restitution. As part of her plea agreement, Cousett agreed to voluntarily resign from her position as a letter carrier for the post office in Alton before her sentencing hearing.