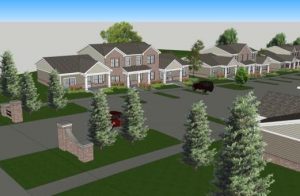 Developers of the planned Sunnybrook Community residential complex in Alton say they plan to proceed, despite opposition from city officials and a lack of county grant funding.

The $10 million townhouse project at 767 Washington Ave.  is proposed by a development group consisting of the EBJJ, LLC; Laborers’ International Union of North America (LIUNA) and Morrissey Construction. The project has been spearheaded by former Edwardsville School Superintendent Ed Hightower, who would be a majority owner of the complex.

Construction is slated to begin in the spring of 2019.

“The development will target entry level Madison County workforce; aimed at attracting employees in local logistics, such as those located in the Gateway Enterprise zone, Alton Regional Transportation Center, America’s Central Port (on the Mississippi River in Granite City), as well as workers earning between $12 and $20 an hour, who are looking for a safe and vibrant family community,” said Hightower in prepared statement.

The Sunnybrook development will consist of 10, fourplex townhomes — comprising a total of 40 residences — and a 2,000-square-foot community building with seating for 50 to 60 people; all on seven acres of land, according to the statement.

Amenities will include one acre of scenic natural green space with a walking path; a 50-foot by 40-foot playground and a 50-foot by 50-foot hard surface play court; a landscape irrigation system; 32-foot-wide concrete streets with 6-foot-wide sidewalks that provide ADA accessibility throughout the Sunnybrook community; dedicated parking bays for each unit; and security cameras connected to the manager’s office.

Developers believed they had the support of all area public officials when they publicly announced plans of the subdivision on June 7.

The Illinois Housing Development Authority (IHDA) — a self-supporting state agency that finances the creation and the preservation of affordable housing across the state — had already approved 15-year Low Income Housing Tax Credits for the development.

Hightower says the project is the result of more than a year of consultation with Mayor Walker, city hall staff, and Alton Fourth Ward Alderman Tammy Smith.

However, Sunnybrook will not be among the projects considered by the Madison County Grant Committee on July 9, when committee members officially votes on a resolution to allocate federal housing grant funds, administered through the county.

It was among three residential developments submitted to the committee, earlier this year, for two grants totaling $1 million.

Then, a scheduled presentation on the project at the June meeting of the Alton City Council Committee of the Whole was abruptly cancelled.

Alton Corporation Counsel James Schrempf reportedly told developers no presentation was necessary because Mayor Walker was in favor of the project and no council members had expressed opposition. 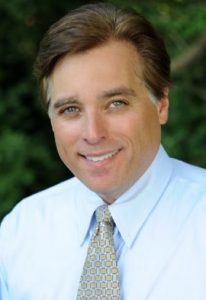 But, within days, Walker issued a statement withdrawing his support for the complex. He cited concerns over the growth of rental property in Alton and the crime sometime associated with low-priced rental units.

Half of the housing units available in Alton are now rental properties, he notes. He cited the county grants committee’s scoring of the project in his statement.

Developers counter that Sunnybrook would be an innovative complex, designed to encourage long-term tenants and ultimately home ownership.

“There is a lot of misinformation being circulated in the community and on Facebook regarding this project,” said Andrew Carruthers, attorney and spokesperson for the developers.

While all units in the complex will initially be rental units, tenants will accrue annual credits towards the eventual purchase of their units; leading ultimately to an owner-occupied townhouse complex, Carruthers explained in a statement last week.

Sunnybrook must remain a rental complex for 15 years to comply with terms of its low-income housing credits, Carruthers said. However, tenants will need that much time to accrue enough credits for purchases anyway, the developers say.

While many rental housing development experience considerable tenant turnover, developers believe most Sunnybrook tenants will take up residency there with the long-term goal of achieving home ownership.

“Let us be clear, this development will not be government owned or operated,” Carruthers emphasized. “The ownership will be 100 percent private, comprised of long time area resident Ed Hightower, long time area business Morrissey Construction Company, and the highly respected and experienced Laborers’ Home Development Corporation, an affiliate of Laborers’ International Union of North America of which many people in the Alton community are members,

“There will be no publicly owned housing units or public ownership of this development. Period,” he reiterated.

Sunnybrook residents will pay fixed rents ranging from $700 to over $1,000 monthly – above rates charged by public housing authorities, developers say.

Eleven of the 40 units will be assisted with rental vouchers that will limit rent payments based on family incomes, three of which will be set aside for veterans only, the developers acknowledge.

To attract quality tenants, the complex will provide features and amenities beyond typically offered in low-end rental properties, developers add.

The development will have 6.5 units per acre, to allow for extra green space, they say.

The complex will include three different building styles with architectural traditional accents and texture design, including front entry covered porches with massed support columns and rear covered porches; full brick wainscot approximately 3-feet high with hardboard siding incorporating colors and material articulation; windows, doors, building corners and porches are trimmed in hardboard material, creating variety, depth and interest to each structure; and exterior storage space allowing personal items to be stored from view, according to a statement from developers.

The lease-purchase strategy was explained in detail in the developers’ MOU with the city, Carruthers adds.

Privately, some in the Alton area allege racism as a factor in the changing attitudes of local officials toward the development.

Walker acknowledges that, at this point, the city probably is powerless to stop the Sunnybrook development. He does not favor rezoning to halt the project.

Developers note that in addition to providing housing for the new breed of logistics workers, that local leaders hope will revive the Metro East economy, Sunnybrook will over the short run create jobs for 60 to 75 skilled local union workers and an additional $3 million to $4 million in business for local material suppliers.