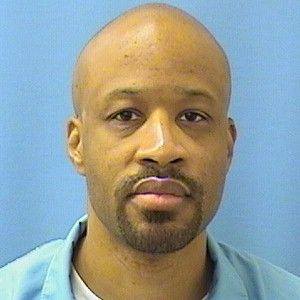 On July 13, Belleville Police received a report of public indecency that occurred in the 100 block of South 3rd Street, Belleville. Officers responded to the scene and learned the incident actually took place on July 10.

Officers learned that Alverson had cut his ankle monitor off, and fled the residence on July 12 during the overnight hours. Alverson has not been back to his parole address. Detectives presented information to the St. Clair County State’s Attorney’s Office regarding the incident on July 10 and Alverson’s subsequent disappearance.

Larry B. Alverson, 40, of Belleville, was charged with one count of Escape, a class 3 felony, one count of Criminal Damage to State Property, a class 4 felony, and one count of Public Indecency, a Class A Misdemeanor. Alverson’s bond was set at $250,000.00.

Alverson also has a IDOC warrant for parole violation. Alverson is at large at this time. He is 5’8″, 170 lbs, and should be considered extremely dangerous. Do not approach Alverson. Observe Alverson from a safe distance and dial 911 to notify law enforcement of his location.