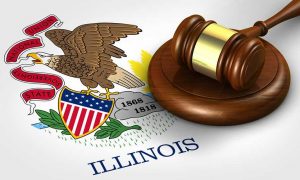 A Belleville woman has been convicted on three counts of mail fraud for allegedly trying to obtain ongoing disability payments.

A jury deliberated for an hour March 6 before returning guilty verdicts against Klaustermeier. Her trial began March 3.

After sustaining a workplace injury in 1998 as a seasonal federal employee, Klaustermeier collected wage replacement benefits and medical benefits through the U.S. Department of Labor’s Office of Worker’s Compensation Program.

At trial, the government presented evidence to show that, starting in 2005, Klaustermeier began fraudulently altering medical documentation or creating fraudulent medical documents to support her claim of ongoing disability.

Starting in 2008 and continuing into 2013, she submitted travel-reimbursement requests, claiming she traveled between 30 and 80 miles, almost daily, in order to engage in a therapy treatment at health club facilities. The evidence showed that Klaustermeier did not, in fact, have valid health club memberships during that time; it also showed that one of the health club facilities she claimed to travel to for therapy treatments was her parents’ residence.

Through the fraudulent travel reimbursements, Klaustermeier received more than $53,000 in benefits.

The Department of Labor, Office of Inspector General and U.S. Postal Inspection Service conducted the investigation