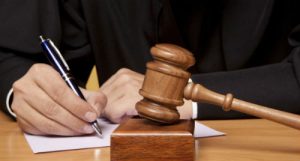 A Belleville woman has been sentenced to two years in prison for her scheme to purchase new cars with stolen identities.

Kyetia Hines, 36, was sentenced on her convictions for conspiracy, wire fraud and aggravated identity theft.

In October 2018, Hines submitted an online credit application, under the name of an individual whose identity had been stolen, to Jansen Chevrolet in Germantown. Then, on Nov. 1, 2018,
Hines went to Jansen Chevrolet and purchased a new Chevy Malibu using that stolen identity. For purposes of obtaining financing to purchase the vehicle, Hines provided the dealership with fraudulent documents containing the stolen names. One such document was a fake temporary Illinois driver’s license bearing Hines’ picture and the stolen name.

Co-defendant Tamecia C. Buckley, 36, of Belleville, has also pleaded guilty to charges of conspiracy, wire fraud and aggravated identity theft. At her plea hearing, Buckley admitted that she also purchased a car from Jansen Chevrolet using a stolen identity. Buckley is set to be sentenced Jan. 23.

Both wire fraud and conspiracy to commit wire fraud carry maximum sentences of 20 years in prison and a fine of up to $250,000. Aggravated identity theft carries a mandatory sentence of two years’ imprisonment.

The investigation was conducted by agents from the FBI’s Springfield Division — Fairview Heights
Resident Agency, Illinois Secretary of State police, and Germantown police.