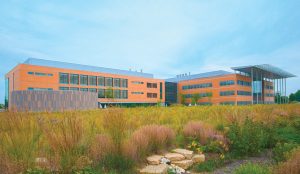 A Cambridge, U.K.-based organization that hopes to establish “a world-leading agritech nervecentre” in the famous British university town, is pursuing relationships with partners in St. Louis and Metro East.

About a dozen representatives of Agri-TechE — a 150-member association of British agricultural, business and technology interests — toured St. Louis agri-business and research facilities; then met with area leaders, Feb. 23-27.

“The St Louis region has all the hallmarks of an effective agritech innovation ecosystem,” Dr. Belinda Clarke, director of Agri-TechE, writes in glowing assessment of the tour, submitted for publication in American agribusiness media this month.

A follow-up trip to Cambridge by a larger group of St. Louis area agribusiness leaders, originally planned for June, has now been cancelled due to the coronavirus epidemic, Tim Nowak, executive director of the World Trade Center of St. Louis, acknowledges.

However, continuing active in the trans-Atlantic agritech alliance is evidence of potential for a long-term economic resurgence in St. Louis following the pandemic, Nowak said during a conference call with the Chronicle last week.

Agritech, which is the use of technology in agriculture, horticulture, and aquaculture with the aim of improving yield, efficiency, and profitability, can range from genetically modified foods to climate controlled growing environments to robotic farm implements

In addition to increasing farm output and profitability, its proponents are often also concerned with issues such as food security and environmental sustainability.

The British envoys to St. Louis last month are promoting development of ARC Cambridge; a massive research center and business campus planned for the southern end of the Cambridge metropolitan area.

“The vision is for the campus to be both a soft-landing zone for international companies coming to the U.K. plus a potential launchpad for U.K. export companies … “ explained Business Weekly, a Cambridge-area business publication that has been covering the meetings with representatives from St. Louis.

ARC Cambridge would be one of numerous tech development campuses that have sprung up around Cambridge University. It would also be near the center of the U.K.’s main agricultural region.

Agritech projects pursued at ARC Cambridge would be not unlike many already underway at the Bayer Crop Science global HQ and Danforth Plant Science Center in St. Louis County, according to meeting participants. 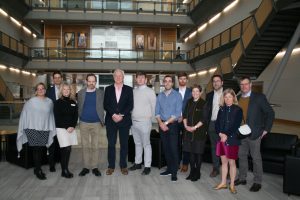 In addition to overseeing the Granite City port complex, Wilmsmeyer chair of a key Bi-State Development Agency marketing committee that works to promote trade in the St. Louis region

“Now that the U.K has left the EU and we are on the verge of starting negotiations with the U.S. on a free trade agreement, agriculture will be an important part of the discussion, and we can’t discuss ag without discussing the Midwest,” commented British government representative Alan Gogbashian, during the discussions.

Much of last month’s tour centered on St. Louis facilities like Cortex tech development center and the University of Missouri’s College of Agriculture, Food and Natural Resources in Columbia, Mo.

Taking part in meetings with the British delegation were St. Louis County Executive Sam Page and Mark Sutherland, the chief marketing officer of a public-private economic development entity known as the Missouri Partnership.

The Show Me state has undertaken a 20-year program to encourage state-of-the-art agriculture. 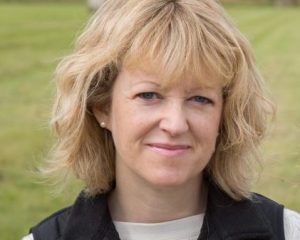 “This trip is, we hope, the beginning of a long-term partnership for mutual benefit and growth,” said Clarke, following the tour.

However, details of specific proposals were not publicly announced.

Both meetings between St. Louis and U.K. agritech representatives were organized in large part by SmithsonHill, a British firm established to develop ARC Cambridge.

Other British companies taking part in the talks include:

Sam Watson-Jones, a principal with the British-based Small Robot Company, told the conference that his company had already been thinking about St. Louis as an entry point to the U.S. market, before signing up for the trip with Agri-TechE.

So did Dan Larn, a principal with Willand Group His company is already using structures, manufactured by Arizon Building Systems at America’s Central Port, for its advanced livestock farming systems.

“We knew we were going to set up a base somewhere in the U.S. and basically with St. Louis being so central and having such good access and Arizona being here, we figured it was as good a place as any,” said Larn. “This trip has allowed us to see what other value we could get out of being here, and we’ve been really impressed.”

Helped organize last month’s meeting at the World Trade Centerof  St. Louis, which promoted international trade across most of Missouri as well as Southern Illinois.

It is one of 300 centers around the world to be licensed by the World Trade Centers Association (WTCA) in New York.