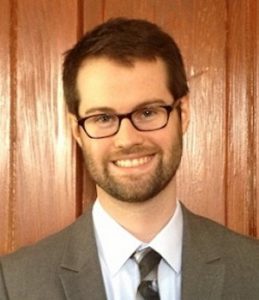 With St. Louis area business and political leaders increasingly concerned over crime, social inequality, and a stagnant economy, a new Community Innovation and Action Center (CIAC), based at the University of Missouri St. Louis (UMSL), is hoping to address those and other issues through a combination of strategies.

Among its preferred tools: community development corporations (CDCs), which the center hopes its allied Metro East Coalition will help spread across Madison and St. Clair counties.

Though officially established a year earlier, the CIAC was officially introduced to the political leadership of the region at the June board meeting of the East West Gateway Council of Governments (EWG).

The new UMSL CIAC represents a merger of the university’s 20-year-old public policy research center and a newer group known as Social Innovation St. Louis, according to Paul Sorenson, an associate director of the center.

Much of the new center’s work is outlined in “Creating Whole Communities: Enhancing the Capacity of Community Development Nonprofits in the St. Louis Region,” a white paper by Todd Swanstrom, Ph.D. UMSL’s Des Lee professor of community collaboration and public policy administration and Karl Guenther, a community development specialist with the university.

CDCs are nonprofits (usually 501c3s) controlled by residents in a defined geographical area to address issues within that area, the document explains. Funding for operations and projects general comes from a range of sources from federal or local government grants, other non-profits, or businesses.

They also offer an alternative to often-controversial regional initiatives with “one-size-fits-all” programs that may be inappropriate in many areas, he says.

“Top-down community development does not work,” Swanstrom says. “There is no substitute for grassroots organizations that have extensive local knowledge and can mobilize stakeholders in the area behind a plan for revitalization.”

CDCs offer a way to “adapt disconnected policies, grants, and loan products to the unique needs of each community,” he continues.

Housing is far and away the issue most commonly addressed by CDCs in the St. Louis area, according to  Swanstrom’s report.  However, job creation, business development and general community improvement are frequently on the agenda.

At least 34 CDCs are currently active in St. Louis area, according to a CIAC survey.

Only one of those is in Metro East; however, CIAC staff cite it as among the most accomplished.

Founded in 1985, the Emerson Park Development Corporation (EPDC), has attracted over one hundred million dollars in investment for the Emerson Park area, between East St. Louis and Washington Park. 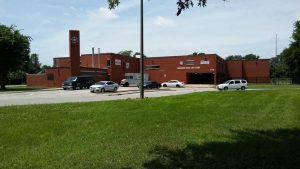 Engaged largely in education and job training, the CDC sponsors the area’s Youthbuild Charter High School, which refers students for work placement to more than 80 local employers, through its Education to Careers partnership with area businesses.

Targeted largely to youth who have dropped out of high school, the comprehensive work placement and education program serves about 150 teenagers per year.

In addition to a high school diploma, the program is geared toward offering students jobs suited to their skills and interests.

Participating employers are offered the opportunity to discuss their fields, and job requirements, with students.

The CIAC is hoping to develop more such programs around the region; through a roster of allied organizations; including the St. Louis-area Community Builders Network and its member Metro East Coalition.

Established in 2017, the Metro East Coalition brings together private lenders, local government representatives, and community-based nonprofits, in Madison and St. Clair counties, to discuss area needs and build collaborations to address them, according to the organization’s website. 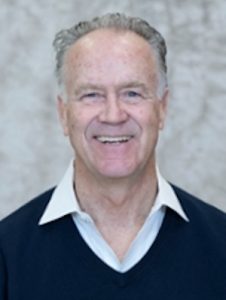 In all, more than 40 “community development practitioners” take part in Metro East coalition efforts; which are focused primarily on:

The coalition counts among its early success, rehabilitation of the historic but vacant Granite City YMCA building into the new Edison Avenue Lofts.

Located across from City Hall in the Granite City’s downtown, the building will soon offer 37 affordable rental units; ADA-accessible and targeted to older adults.

Participating in the project are Rise Community Development, a nonprofit St. Louis-based planning and development firm; the City of Granite City, which owns the structure, and numerous other organizations.

Funding was arranged through a combination of federal, non-profit and traditional private sector sources.

Federal, FCB Banks and Justine PETERSON funding have all been critical to the Edison Lofts project, a Metro East Coalition report emphasizes.