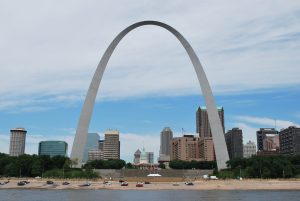 The Gateway Arch in St. Louis. Various proposals to merge the city and county are being put before residents. Proponents see their plan as solutions to both political and financial troubles. (Photo courtesy of metrostlouis.org)

Amid the first federal corruption indictment against a St. Louis County executive, bankruptcy predictions for the City of St. Louis, and threats of succession by at least one county municipality, a range of competing reform proposals has now emerged to quell what some say may be a nearly unprecedented period of political turmoil in the St. Louis area.

Central to much of the controversy is “Better Together” — a city-county merger initiative conducted by a secretive government relations firms on behalf of some of the area’s most powerful business interests.

However, an unusually diverse array of critics – from area Republican Clubs to African American civil rights groups – contends the merger effort instead embodies them.

The City of St. Louis and St. Louis County have been separate governmental entities since 1876; when the city withdrew from the county, becoming an unusual hybrid city-county.

Stifel has long been a financial services provider to the City of St. Louis. The city is currently around $1.8 billion dollars in debt, according to the 2019 annual report of St. Louis Comptroller Darlene Green.

In a widely quoted Twitter message earlier this year, City Comptroller Tishaura Jones assessed the city is now “one recession from bankruptcy.”

Walker is also a member of Civic Progress — the business group once described by the St. Louis Journalism Review as “the shadow government of St. Louis.”

The group has long made regional government a priority objective, according to its website. Numerous executives from Civic Progress companies have funded the Better Together campaign over recent years, served in volunteer positions, or acted as an advisor to the campaign.

On Jan. 17 of this year, the firm announced the latest in a series of merger proposals: a new regional Metro City encompassing the city and county.

The plan was promptly decried as power-grab and bailout for the financially troubled city.  The Municipal League of Metro St. Louis and most of its 88 member cities passed resolutions against it. Chesterfield, Missouri Mayor Bob Nation threatened his city would succeed from St. Louis County and join St. Charles County.

Internal Pelopidas polls found 75 percent of county voters and at least half of city voters opposed the merger plan. Among the most adamantly opposed: African Americans who say the initiative would dilute their political power.

With that in mind, Pelopidas also announced it would seek to implement its metro city through a statewide petition drive for a state constitutional amendment.

Critics, including the Municipal League, condemned the strategy as an “end run” around St. Louis area voters and threat to basic principles of democracy.

Pelopidas abruptly halted the petition May 7; citing not criticism of its strategy but the indictment, a few days earlier, of then-St. Louis County Executive Steve Stenger on federal corruption charges. 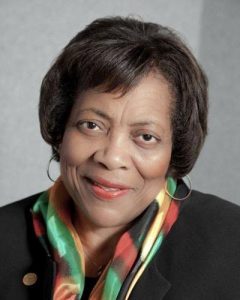 Stenger would have become with first mayor of the new metro city under the Pelopidas plan. Instead he has become the first St. Louis County executive ever to resign under indictment.

State Sen. Jamilah Nasheed, D-St. Louis, who had called for an end of the petition drive a few days earlier, offered a simpler explanation.  “They heard the will of the people,” she said.

Others cite the emergence of a variety of competing proposals — including a legislative action, targeted specifically at Better Together, that was headed for Missouri House approval as the petition drive was ended.

Currently vying to reshape the St. Louis region, in various ways, are:

Pelopidas/Better Together — Though initial announcements from the Pelopidas staff indicated they would end their merger drive altogether; spokesperson a few days later said plan to regroup and offer a repackaged merger plan with more “diverse” support.  No date for introduction of new proposal has been announced.

HJR 54 was awaiting final approval by the State Senate at the Chronicle’s deadline.  It would be submitted to voters statewide in a special election Aug. 6

The St. Louis County Charter Commission — Authorized by county voters during the November 2018 elections, the 14-member commission, led by former St. Louis County Executive Gene McNary, is at work on the first complete rewrite of the county charger in the county’s history.

McNary hopes to fundamentally restructure the county around a borough system, like that of New York City. The proposal is due in November.

Some commissioners favor adoption of a city manager style of government for the county and non-partisan elections.

League Executive Director Pat Kelly would like to see the board consolidate the county’s present 88 municipalities into several larger municipalities.

However, resistance is likely among many area residents; fearful of the type of corruption alleged in many large cities.  Many St. Louis County municipalities are already ranked among the best in the nation.

The Board of Freeholders plan would go to voters in November 2020.

Major initiatives affecting the St. Louis area are generally announced during such meetings over the course of each year. Despite Pelopdias’ new promise of inclusiveness, a $60 ticket price will likely keep many area residents from attending.

Both Pelopidas and County Charter Commission members are tentatively eyeing the proposed Board of Freeholders as a path to implementation of their proposals.

Meanwhile, the prospect of state action remains in the offing; with a House Special Committee on Urban Issues and Subcommittee on Urban Community Economic Development potentially interested.

St. Louis Mayor Lyda Krewson remains the subject of a recall effort led by Alderman Brandon Bosley and Alderman John Collins-Muhammad. Alderman Bosley earlier this month called for the National Guard to be brought into the city to control crime.