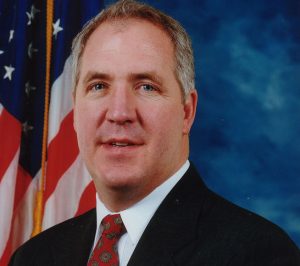 A quintet of Republican hopefuls will vie in Illinois’ March 17 primary for the right to challenge longtime U.S. Senator Dick Durbin — one of the Democratic Party’s most prominent figures — during this fall’s Nov. 3 general election.

First elected to the Senate in 1996, Durbin has since 2005 been the Democratic Whip; the second-highest position in the Senate Democratic leadership.

He faces no opposition in next month’s Democratic primary.

Campaign finance reports, covering activities up to the fourth quarter of 2019, were due to the FEC Jan. 31, and posted online by commission Feb. 3.

Competing for the GOP’s 2020 Illinois Senate nomination, during next month’s primary, will be:

Hubbard is a retired policewoman and former IRS employee.

Her near lead in funding comes despite the notable political or professional pedigrees of her GOP primary rivals.

Curran is the sheriff of Lake County. Tarter is a nationally renowned urologist and cancer surgeon, medical researcher and college professor.

Chlebek is a computer engineer and Republican National Committee member. Marshall is a Harvard educated radiologist.

Nine residents of Illinois’ 15th Congressional District are hoping to succeed retiring Republican Rep. John Shimkus of Collinsville, according to the unofficial March primary ballot, released by the Illinois Board of Elections (IBOE). on Dec. 11.

Among the six candidates listed on the 15th District Republican primary ballot at this time, Rossville-area agribusinessman Darren Duncan far-and-away leads in fundraising.

He is the treasurer of Vermilion County and the only candidate on the IBOE’s unofficial 15th District GOP primary ballot, who is currently holding elected office.

Third in fundraising among the 15th District GOP hopefuls is Decatur physician-attorney Richard Charles Ellington, Jr. who had $3,869.13 in campaign cash on hand — after raising $7,900.00 and spending $4,030.87 last year. 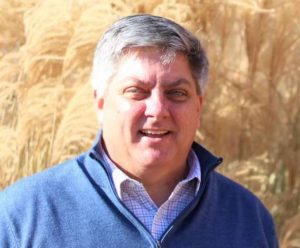 Kent Gray of Leland appears on the IBOE’s unofficial March GOP primary ballot, however, the FEC website shows no contributions or expenditures for his campaign.

Kimberly Wade of Grafton also appears on the IBOE unofficial GOP primary ballot, however, she does not appear in the FEC database.

Objections to both Gray’s and Wade’s candidacies have been filed with the IBOE.

Republicans Alex Walker of Mattoon, Lori Fuller of Highland, and John Christian Bambenek of Champaign all announced candidacies in the 15th District last year; however, none of them appear on the IBOE unofficial ballot and the FEC lists no contributions or disbursements for their campaigns.

Of the three 15th District candidates on the unofficial March Democratic primary ballot, only Kevin Gaither of Charleston has reported any campaign fundraising to the FEC.

John Wesley Hursey, Jr. of Collinsville and Erika Weaver of Mattoon appear on the IBOE unofficial Democratic primary ballot but the FEC lists no contributions or disbursements for their campaigns.

Democratic Salem city councilman Craig Morton announced a bid for the 15th Congressional District seat last year; however, he does not appear on the IBOE unofficial primary ballot and the FEC lists no contributions or disbursements for his campaign.

Rep. Shimkus has represented the 15th district since 2013.  Prior to redistricting, he represented the Illinois 19th District.  He announced plans to retire from Congress in August. 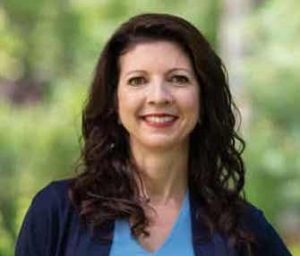 Before meeting Rep. Davis in the Nov. 3 general election, however, Londrigan must face off against Urbana-area activist Stephanie Smith in the March Democratic primary.

In the 12th Congressional District, incumbent Rep. Michael Bost of Murphysboro will likewise face no opposition on the March Republican primary ballot.