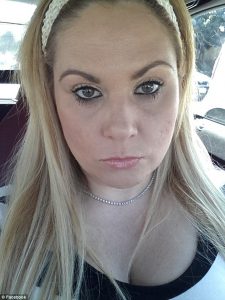 A woman known as “The Drug Llama” has pleaded guilty to trafficking painkillers on the “dark web” and other charges.

Melissa Scanlan, 32, of San Diego, appeared Oct. 31 at the federal courthouse in East St. Louis and pleaded guilty to all 10 charges pending against her, admitting her role in a nearly two-year conspiracy to distribute fentanyl throughout the United States via the dark web.

Her co-defendant, Brandon Arias, 34, also of San Diego, pleaded guilty to all eight charges against him earlier this year.

Fentanyl is a highly addictive and oftentimes lethal opioid painkiller.

As part of her guilty plea, Scanlan admitted that she and Arias created an account on a dark web marketplace. The dark web is an underground computer network that is unreachable by traditional search engines and web browsers, creating a seeming anonymity to users. The marketplace is where users buy and sell illegal substances and services.

Scanlan and Arias used that account to sell substantial quantities of narcotics while operating under the moniker “The Drug Llama.”

The charged fentanyl distribution conspiracy lasted from October 2016 to August 2018, during which time Scanlan sold 52,000 fentanyl pills throughout the United States.

According to court records, Scanlan and Arias made more than $100,000 from their dark web drug trafficking and split the money evenly.

Scanlan further admitted her participation in an international money-laundering conspiracy with Mexican cartel members, as well as her role in aiding and abetting the distribution of fentanyl pills to a woman identified as A.W., who died as a result of taking those pills.

Commenting on the case, U.S. Attorney Steven D. Weinhoeft assailed the culture of criminality that exists on the dark web.

“Criminals like Melissa Scanlan who recklessly flood our communities with opioids may think they can evade detection in the shadowy corners and back alleys of the Internet, but they will find no quarter there. Where they go, we will follow,” Weinhoeft said. “With the collaboration of outstanding investigators at our partner agencies, we will use every tool and method available to find these people and prosecute them to the fullest extent of the law.”

“Illicit opioid distribution, whether online or through conventional drug distribution methods, and the resulting overdoses and deaths are a continuing national crisis. Those who contribute to that crisis through their illegal actions will be brought to justice,” said Special Agent in Charge Charles Grinstead of the Food and Drug Administration Office of Criminal Investigations’ Kansas City Field Office. “We are fully committed to disrupting and dismantling illegal prescription drug distribution networks that misuse the Internet at the expense of public health and safety.”

“With accessibility of fentanyl, it is imperative that the Drug Enforcement Administration and its law enforcement partners exploit all distribution avenues utilized by drug traffickers in Scanlan’s case,” stated DEA Special Agent in Charge William Callahan of the St. Louis Division. “Scanlan distributed poison in our community that resulted in death and she is now being held accountable.”

Scanlan has been held in federal custody since her September 2018 arrest. Her case is set for sentencing before Nancy Rosenstengel, chief U.S. District Judge for the Southern District of Illinois, at 1:30 p.m. Feb. 10.

By law, Scanlan faces no less than 20 years in prison for distributing fentanyl resulting in death. She could receive up to life imprisonment and as much as $10 million in fines.