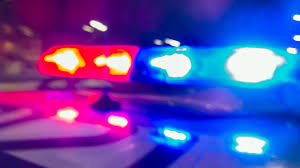 Smith and an auxiliary officer were hurt in a one-vehicle accident at 5:36 p.m. Friday on southbound Illinois Route 157 at Interstate 255 in St. Clair County. They were in a 2017 Ford F150 police vehicle, according to Illinois State Police.

Smith, 34, the driver, was transported by ambulance to an area hospital with non-life-threatening injuries.

The passenger, a 49-year-old Dupo auxiliary officer, was airlifted to an area hospital with non-life-threatening injuries.

A preliminary investigation indicated the men were following an all-terrain vehicle after it refused to pull over for a traffic stop, State Police said. Both units left the roadway between the ramp from Illinois 157 and northbound Interstate 255.

The police vehicle struck the embankment of a washout, State Police said. The ATV fled the scene.