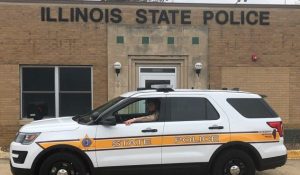 Samuel Sparks, 31, was killed in the accident, which occurred at 12:06 a.m. Friday at Fosterburg Road and Serenity Drive in Madison County.

Illinois State Police said Sparks was riding a 2009 Honda RF450R dirt bike with no lights southbound on Fosterburg. A 2017 Nissan Frontier, driven by Mark Randle, 53, of Bethalto, was northbound on Fosterburg and began turning left onto Serenity when the dirt bike hit the passenger side of his vehicle.

Police said Sparks was transported to an area hospital, where he was pronounced dead shortly thereafter.