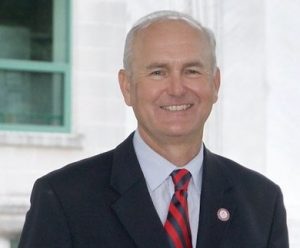 Madison and St. Clair counties will each see only one race for countywide administrative office during the March 17 primaries, with no primary contests in Monroe County.

The political climate is likely to heat up — at least in Madison County — as the Nov. 3 general elections approach.

There, four countywide offices will be contested this fall; as the Madison County Democratic Central Committee tries to reclaim dominance from the GOP in the one-time Democratic stronghold.

On the other hand, often politically tumultuous St. Clair County will see only two races for countywide office this fall.

Monroe County will likewise see two offices contested during the fall general — including an at-large county board seat.

Next week’s primaries will see races in only two county board districts in Madison County and four in St. Clair, although several are drawing attention from political observers.

Prenzler, a certified public accountant, won his first term as county board chair in 2016 running as a reform candidate and fiscal conservative.

As county treasurer, Prenzler helped spur an investigation into county tax auction practices that resulted in the conviction of former treasurer Fred Bathon on corruption charges.

As board chairman, Prenzler has reduced the county-portion of property taxes by $1.8 million, repaired the county jail without borrowing, and stopped three sales tax increases, according to the Citizens for Kurt Prenzler website.

An attorney for Chapman has filed a motion contending Prenzler and Hulme improperly released an internal county documents related to Poshard’s charges. 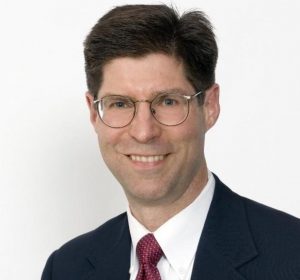 Gibbons launched that investigation on Jan. 28, 2018, with a high-profile midday raid by Madison County sheriff’s deputies on the offices of Hulme, county IT director Rob Dorman, and county communications manager Cynthia Ellis. Prenzler’s office was not targeted.

Some of the computers and records taken in that and a subsequent raid were reportedly returned to the Madison County Courthouse on the same day the special prosecutor was appointed.

However, Dorman filed a motion last week (on March 2) contending investigators are still holding one of his computers and asking it to be returned.

Judge Crisel in the summer of 2018 ordered the Illinois Attorney General’s Office take over the investigation, citing potential for conflict of interest in Gibbon’s office. A statement from the state attorney general’s office indicates their investigation has not ended.

Madison County’s only contested race for countywide office, during next week’s primary, will be on the Democratic ballot where Susan Jensen will compete with First Assistant State’s Attorney Chrystal Uhe. The winner will face Democrat Tom Haine in the fall.

Democrat Joe Silkwood will vie with Republican David Michael in the fall for Madison County auditor. Incumbent Rick Faccin, the county’s auditor for 20 years, is retiring.

Meanwhile, District 3 County Board Member Chapman faces a challenge in next week’s Republican primary from former board member William S. Meyer, whom Chapman defeated in the 2016 GOP primary. No Democrat has filed in the district.

Surveying other Madison County Board districts at stake during the 2020 election cycle:

District 2 — Republican Stacey Pace and Democrat DeAnn Rizzi are unopposed in the primaries. Incumbent Republican Donald A. Moore has not filed for reelection in the district.

District 4 — Republican Bobby Ross and Democrat Kelly A. Simpson face no opposition in the primaries.  Republican incumbent David W. Michael has not filed for reelection.

District 8 — Incumbent Democrat Michael Holliday, Sr., faces no primary opposition, with no Republican in the district.

District 17 — Gary Niebur and Victor Valentine, Jr., will face off in the Democratic primary. Incumbent Democrat Ann Gorman has not filed for reelection to the board. No Republican has filed in the district.

District 18 — Incumbent Democrat Jack Minner faces no primary opposition with no Republican filing in the district.

District 19 — Democrats Tammy Davis and Dina Burch will meet next week’s primary, with no Republican filed in the district. Incumbent Democrat Michael Charles Parkinson has not filed for reelection.

Races for St. Clair County Board seats on next week’s primary ballot include challenges to longtime board members in districts 5 and 6.  Board races in the county are as follows:

District 2 — Ferris “Chilly” Williams and Harry Hollingsworth will compete in the Democratic primary. The winner will face Republican Marvin B. Strode in the fall. Incumbent Joan McIntosh is retiring from the board.

District 4 — Republican Robert A. Wilhelm faces primary opposition, with no Democrat filed in the district.  Incumbent Nicholas J. Miller has not filed for reelection.

District 5 — long-time board member Lonnie Mosley faces a challenge from Felix F. Arnold in the Democratic primary. No Republican has filed in the district.

District 6 — Veteran board member Roy Mosley Jr. faces a challenge from Karen A. Cason in the Democratic primary.

District 15 —John Coers will meet Bobby Deadmond Sr. in the Republican primary. No Democrat has filed in the district. Incumbent John West is retiring from the board.

District 16 — Neither Republican David B. Langford nor Democrat Michael Terry face primary opposition and will meet in the fall general election. Incumbent June Chartrand is retiring.

There are no primary races on the ballot in Monroe County next week – and only two shaping up for this fall’s general election.

All Madison County commissioner are elected at large. Commission Chairman Robert Elmore and Vice Chairman Vicki Koerber do not face reelection this year.

Democrat Celeste A. Korando and Republican Ryan A. Martin will view this fall for Monroe County State’s Attorney this fall.