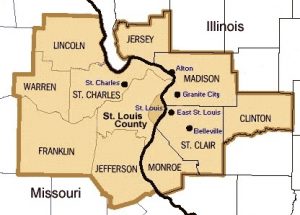 Plans for the St. Louis area’s fourth major push for regionalism were outlined, Aug. 14, during “Pros and Cons of Ending the City of St. Louis and St. Louis County Divide”; a forum sponsored by the St. Louis Press Club.

And this time, the effort will target all 15 Missouri and Illinois counties in the St. Louis Metropolitan Statistical Area — including Metro East, according to co-organizer Shelly Welsch.

Meanwhile, a Board of Freeholders will likely convene in October to consider restructuring of government in the City of St. Louis and St. Louis County, according to Pat Kelly, executive director of the Municipal League of Metro St. Louis.

The St. Louis County Charter Commission is attempting to draft a scaled-back package of charter reforms.  Pelopidas, LLC, the government relations firm promoting a merger of St. Louis and St. Louis County under the campaign name “Better Together,” remains silent on its announced intention to regroup and reintroduce its merger proposal.

The latest initiative has not so far not been formally given a name, in order “to make it seem more welcoming,” Welsh told the Chronicle.

It would not necessarily target governmental consolidation, but would encompass a broad range of issues including education, health care and adequate public transportation, Welsh said.

The initiative was formally announced with a July 22 guest editorial by Welsh, a former University City, Missouri mayor, and activist Ron Jackson, in the St. Louis Post Dispatch. It was reprinted the following day in the St. Louis Construction Forum.

The effort, they say, would involve a four-pronged approach:

“It should be noted that we are not advocating for or against any particular proposal or approach related to metro regional governance. We are advocating for a full-scale community outreach effort to gain input from residents all over the region — input that can then be part of the ongoing discussions and inform future actions and decisions,” Welsh and Jackson wrote. 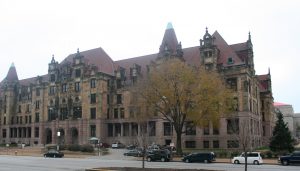 The St. Louis City Hall, 1200 Market St. A proposed merger of city of St. Louis and the St. Louis County governments is still being explored.

The effort — termed occasionally “Together Next” in materials on its website — was spawned by a July 2018 ad hoc meeting of a “diverse group of residents from St. Louis County and the city,” according to the group’s statement.

St. Louis city and county have been politically and geographically separate since 1876. A number of efforts to unite the two have arisen over the years. None have been successful.

Kelly told a recent press club forum that the Municipal League expects to soon submit petitions to convene a Board of Freeholders.

The 20-member board would have up to one-year to develop a package of governmental reforms; which, to be implemented, would then have to be approved by voters in both the city and county.

The Freeholders process could be used to allow entry of the City of St. Louis into St. Louis County, as a new municipality, several speakers noted during press club forum.

However, Kelly hopes the board pursue only reforms – at least initially.  “Smaller steps would make people feel more confident when they see some success,” Kelly said. 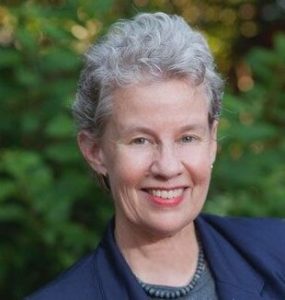 The St. Louis Charter Commission has considered submitting its proposal to voters by way of the Board of Freeholders.

The commission was authorized by St. Louis County voters during the November 2018 elections.

At the suggestion of chairman Gene McNary, the commission, earlier this year considered, considered a complete rewrite of the county charter to provide for a borough system of government and a tough new set of rules for municipalities.

Drafting of the commission’s report, due sometime this fall, is being delayed as commissioners attempt to secure outside clerical help or assistance from the St. County Prosecuting Attorney’s office.

The County Charter Commission, Board of Freeholders initiative, and the new unnamed effort involving Metro East, all come in the wake of the currently suspended “Better Together” campaign for a city-county merger.

That campaign has been funded in large part by prominent members of the St. Louis business community —including the influential business roundtable, Civic Progress — and by financier Rex Sinquefield.

A proposal introduced in January, under the “Better Together” name, called for the incorporation of St. Louis city and county into a new “Metro City” through an unusual statewide vote on a local government issue.

However, Pelopidas abruptly withdrew the proposal in May, after then-St. Louis County Executive Steve Stenger was indicted on federal corruption charges. Under the Better Together proposal, Stenger would have become the first mayor of the new Metro City.

Withdrawal of Better Together proposal also came as final Missouri Senate consideration was set on legislation to prevent the merger of St. Louis and St. Louis County through a statewide vote.

While Pelopidas spokespersons told the Post-Dispatch that the firm was planning to “regroup” and resubmit its merger plan in some form; the firm has not since released any statements and has taken down several pages of online Better Together materials. 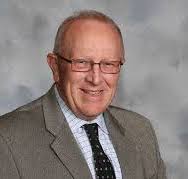 The firm has not denied suggestions that its merger proposal might be resubmitted through the Board of Freeholders process.

Indicted along with Stenger were executives at the St. Louis Economic Development Partnership (SLEDP); established in 2015 as regional development agency — and heralded as a breakthrough in city-county cooperation.

With a growing number of evermore ambitious regional government proposals on the table, several at the Press Club forum cited the SLEDP as an example of regionalism gone bad.

In addition to the indictments, the partnership drew criticism from speakers at the Press Club forum for ineffectiveness and failure to work with municipalities.

Some speakers called for reevaluation of the roles played by federally established regional entities in the St. Louis area, such as the East West Gateway Council of Government and the Bi-State Development Agency.

Michael Jones, a former senior executive to both the mayor of Saint Louis and Saint Louis County’s chief executive office, asserted that to be “legitimate,” any calls for regional government must include funding equality for area schools and extensions of the city’s earnings tax — essentially a local income tax – to a broader geographic area.

Not addressed during the forum was a question, submitted by the Chronicle, regarding the City of St. Louis’ nearly $2 billion debt.

The Pelopidas proposal has been widely criticized as little more than a bailout for the debt-ridden city and its bond holders. The Better Together campaign is supported financially by executive at two investment banks that have often done business with the city.

Municipal League Executive Director Kelly said the Freeholders process, unlike the Better Together proposal with its statewide vote, would allow for “grassroots” involvement by St. Louis area residents in shaping their government.

Virtually all, even when initially well intentioned, have been ultimately been taken over by powerful business interests, who manipulated the initiatives for their own gain, Jones said.

“Rex Sinquefield; before that Civic Progress, and before that the guys in the sheets,” Jones said; referring to the Veiled Profit Society, a secretive and powerful St. Louis social organization with roots in the Ku Klux Klan.

Jones predicted the same would be true for any proposal to come out of the current push for regional government.

“Your grassroots ended when you turned in you petitions,” Jones told Kelly.

Details of the new unnamed initiative can be found in a Dropbox file at: https://tinyurl.com/togethernext.