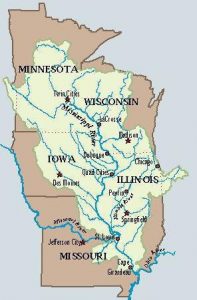 As the St. Louis area again contends with near-record flooding, a coalition of five Midwestern states is convening a special public meeting in Godfrey to help formulate a comprehensive floodplain resilience plan for the entirety of the Upper Mississippi River Basin.

The public workshop on the proposed Upper Mississippi River System (UMRS) Floodplain Resilience Plan is set for Saturday, Aug. 24 at the Lewis and Clark Community College, 5800 Godfrey Road, Godfrey, in the Ahlemeyer Atrium and classrooms.  Scheduled time is from 8:30 a.m. to 4 p.m.

Covered under the plan will be a range of river-related issues from flood protection measures and floodplain development to commercial and recreation river navigation, environmental issues such as sediment pollution, and even drought, the UMRBA says

Headquartered in Bloomington, Minn., the UMRBA is a regional organization formed by the governors of Illinois, Iowa, Minnesota, Missouri, and Wisconsin to coordinate the states’ river-related programs and policies, as well as work with federal agencies that have river-related responsibilities.

Work on the flood plain resilience plan has been underway for about a year. Work on the plan, so far, was reviewed during the quarterly meeting of the Upper Mississippi River Basin Association (UMRBA), May 21, in St. Louis. Background material on plan development to date will be provided during Saturday’s meeting in Godfrey, according UMRBA staff.

Strategies for implementation of the floodplain resilience plan were not discussed during last month’s UMBRA quarterly meeting in St. Louis. Neither was a target date for completion of the plan.

The UMBRA plan is one of several organizations formulating large-scale plans to address issues along the Upper Mississippi River Basin. Among others: The Nature Conservancy and the Mississippi River Cities and Towns initiative.

The later, in March, submitted a $7.86 billion investment and resilience plan to lawmakers and administrators in Washington. At least two major academic studies of the Upper Mississippi area also underway.

The Godfrey meeting will be the second of seven scheduled by UMBRA over the spring and summer months in areas along the Upper Mississippi. It will be the only such meeting in the St. Louis area. 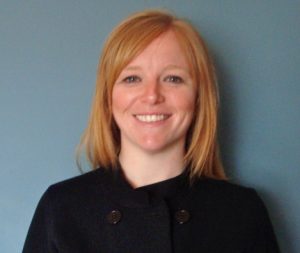 Elected officials and administrators for area towns and villages, levee and sewer districts, and water providers, are specifically invited to attend, along with the business community and the public at large. Officials from the UMRBA’s seven members states and the U.S. Army Corps of Engineers will take part.

However, the workshop will be “citizen-led” and structured to focus on the floodplain problems —and potential solutions —that are considered to have top priority by St. Louis area residents, Wallace emphasizes.

The meeting is designed to encourage input from local leaders, who the association hopes will then actively take part in formulation of the plan moving forward, Wallace said.

While focusing primarily on St. Louis area issue, the Godfrey meeting is also “a means of both seeking input into a longer term UMRS floodplain resilience plan and building trust, transparency, and ultimately buy-in into the objectives,” she said.

The workshops will cover up to 15 specific issues; with five citizen-led group discussions held concurrently in three one-hour segments.  Participants can select the discussions they wish to attend and can move among discussions as desired.

Brian Stenquist, the event facilitator, will work with participants to organize a “marketplace” of conversation sessions, Wallace said. 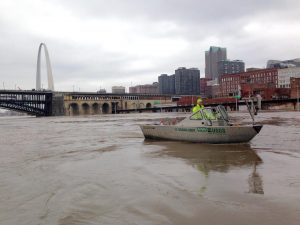 Towns along the Mississippi River have been seeing increased flooding each spring over the past few years. The public workshop on the proposed Upper Mississippi River System Floodplain Plan is set for Saturday, Aug. 24 in Godfrey. (Photo courtesy of USGS)

Following the discussion sessions, problem solving groups will be formed to identify already agreed-upon actions and solutions as well as the scope of a longer-term floodplain resilience plan, according to Steve Price, the project manager helping to facilitate the meeting.

Notes from all groups will be distributed to all meeting participants at the end of the workshop.  Results will also be shared with local communities and levee districts.

Conference results will be submitted to the Mississippi River Commission during its scheduled low-water inspection tour of the UMRS in August.

The Godfrey workshop will be the second of seven workshops scheduled over the summer months. The series began last Saturday (June 8) in Cape Girardeau; with addition workshops scheduled for July 13 in Quincy; July 20 in Muscatine, Iowa; July 27 in Dubuque, Iowa; and Aug. 3 in Winona.